The Performing Arts Department of Southport Middle School presented the Broadway Junior musical, Disney’s “Beauty and the Beast, Jr.” in four fantastic shows. This “tale as old as time” was filled with spectacular costumes, beautiful artwork, props, familiar songs, and dance. The cast and crew of over 75 students rehearsed for weeks to prepare. Pictured here are the students who played a part in the production. Many thanks to the additional students, volunteer crew of administrators, teachers, parents and high school students who made the show possible. 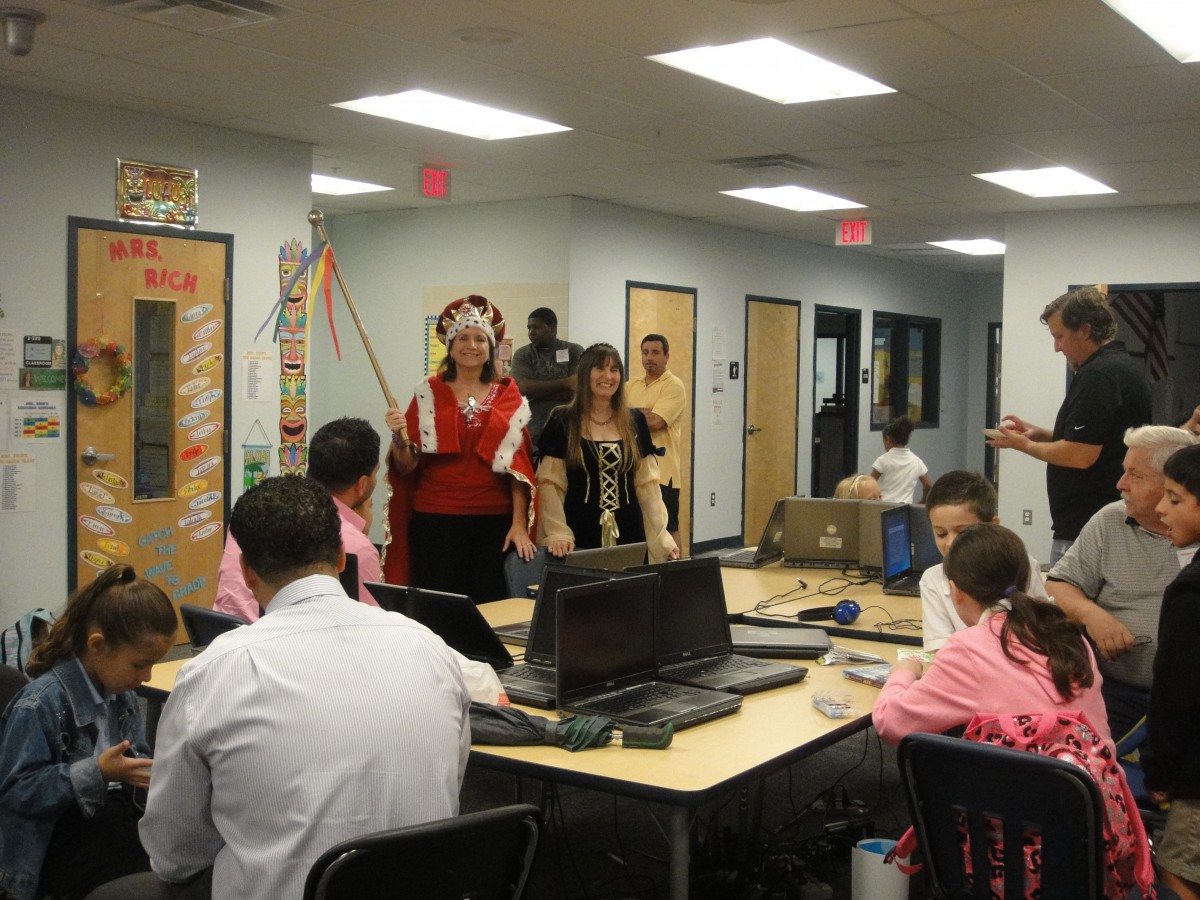 Recently, the Palm Pointe Media Center was transformed into Sir Read-A-Lot’s Castle. One Tuesday morning, Donuts for Dad was the theme and Princess Paige Turner (Mrs. Garber, Media Specialist) and Sir Read-A-Lot (Mrs. Ferguson, Media Clerk) welcomed our Rockets and their male role models to a bountiful banquet of books. Almost 40 families participated to show our students that “Real Men Read.” This activity was held in conjunction with the district initiative to encourage men to be involved in our schools as well as our school-wide literacy focus this quarter. It was so rewarding to see our students and dads choosing books together and then sitting down to share them (and a donut) before school began for the day. Pictured from left is Media Clerk, Kathy Ferguson, Media Specialist, Elsie Garber and Dads with their children.