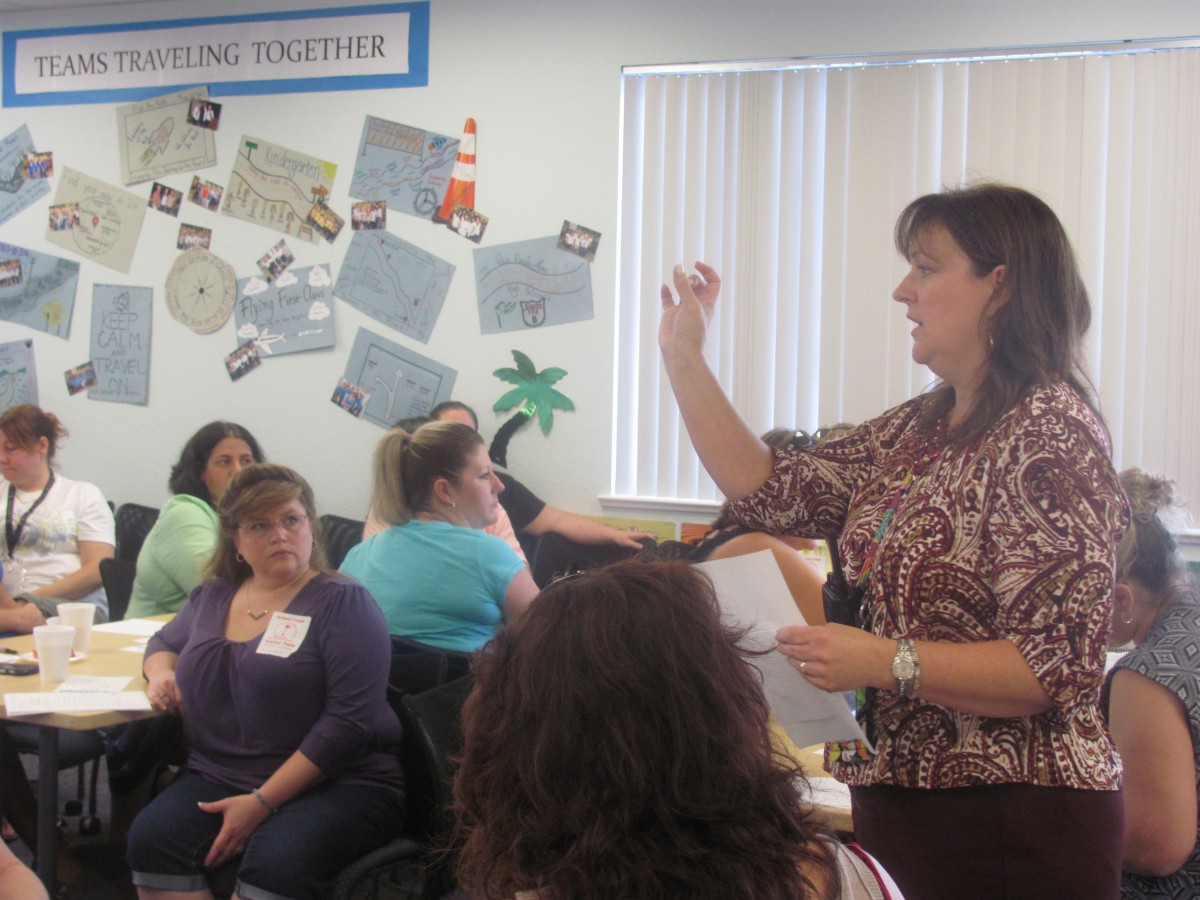 Palm Pointe Educational Research School @ Tradition held a Volunteer/Business Partner Orientation on Tuesday, September 16th.  Volunteers and Business Partners were oriented to the application process and responsibilities of being a volunteer for St. Lucie County and Palm Pointe.  Volunteers jumped right in and signed up for events while business partners, Sweetcakes and Bagel Brothers, donated scrumptious breakfast goodies!   Everyone working together…that’s the Pointe.  Pictured is Karol Carvelli as she explains all about being a volunteer. 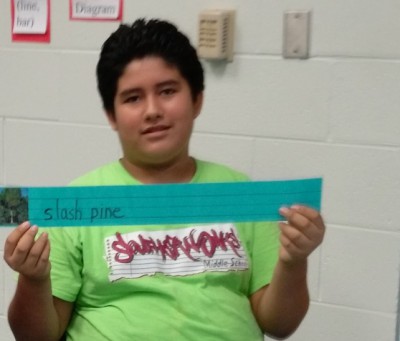 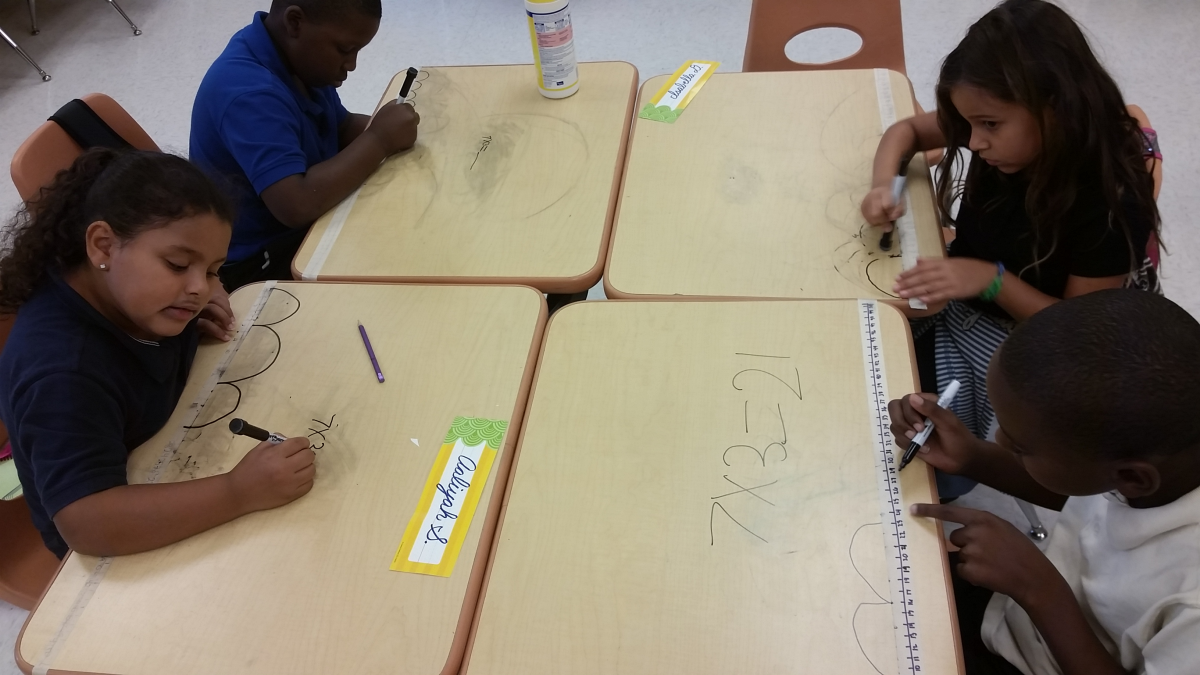 Allapattah students think “Off the paper” while learning math

As part of their math curriculum, Shannon Johnson’s third grade class at Allapattah Flats K-8 school recently started learning strategies for multiplying single digit numbers.  The students have learned how to use equal groups, arrays, and number lines in order to solve a multiplication problem.  Students created number lines on their desks and used them to show their thinking. Pictured here are Aaliyah Sheffey, Shawn Charite, Isabella De La Rosa, and Dontavious Brown. 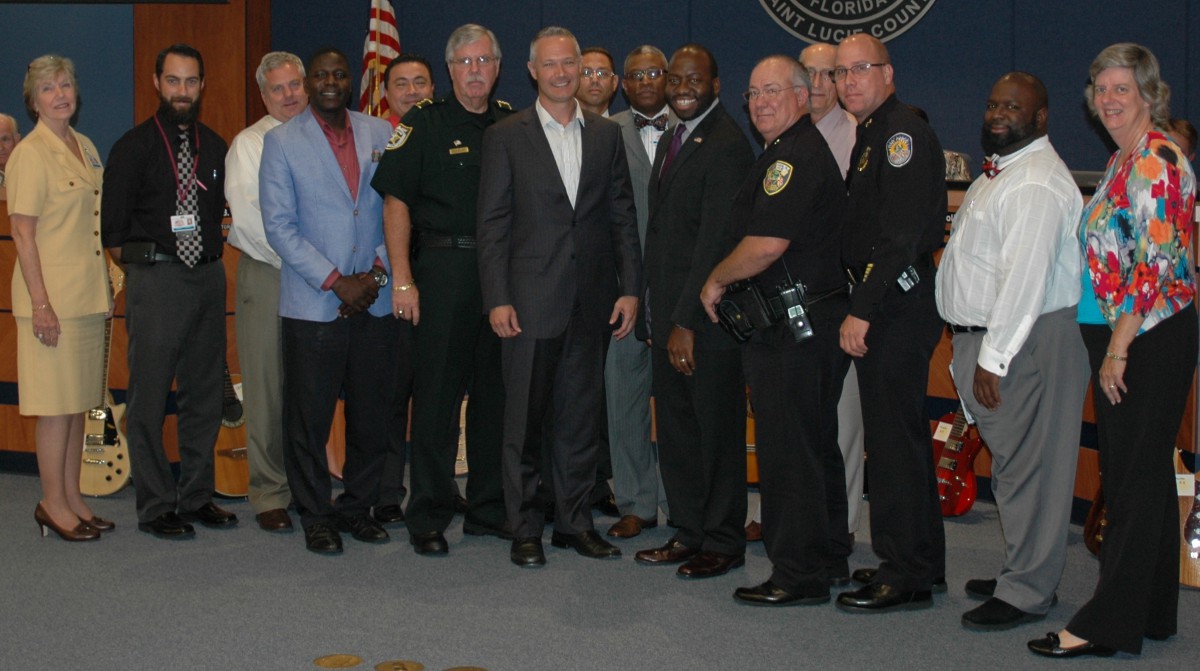 The proclamation for the Million Father March was presented at the school board meeting on September 23, 2014. A father who actively participates in the educational and social-emotional developmental life of a child is invaluable and irreplaceable. Research shows that children whose fathers take active roles in their educational lives earn better grades, score higher on tests, enjoy school more and are more likely to graduate from high school and attend college. It is with this notion that the School Board of St. Lucie Public Schools, of Ft. Pierce, Fl., proclaims Tuesday, October 7, 2014, as Million Father March Day, Men take their Children to School Day. We call upon all citizens to observe this day by taking time to recognize and acknowledge the importance of male influence on educational success. 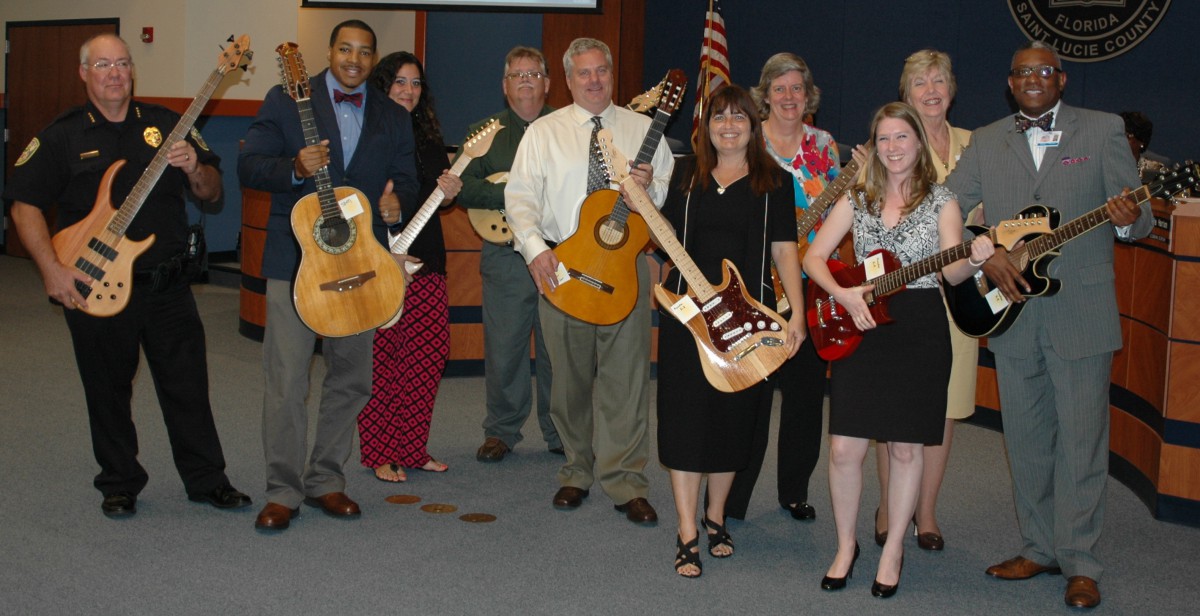 Twelve guitars were donated by the Port St. Lucie Police Department to St. Lucie Public Schools at the school board meeting on September 23, 2014. These instruments will benefit the music programs at Manatee Academy, Fort Pierce Central High School, and Southport Middle School.