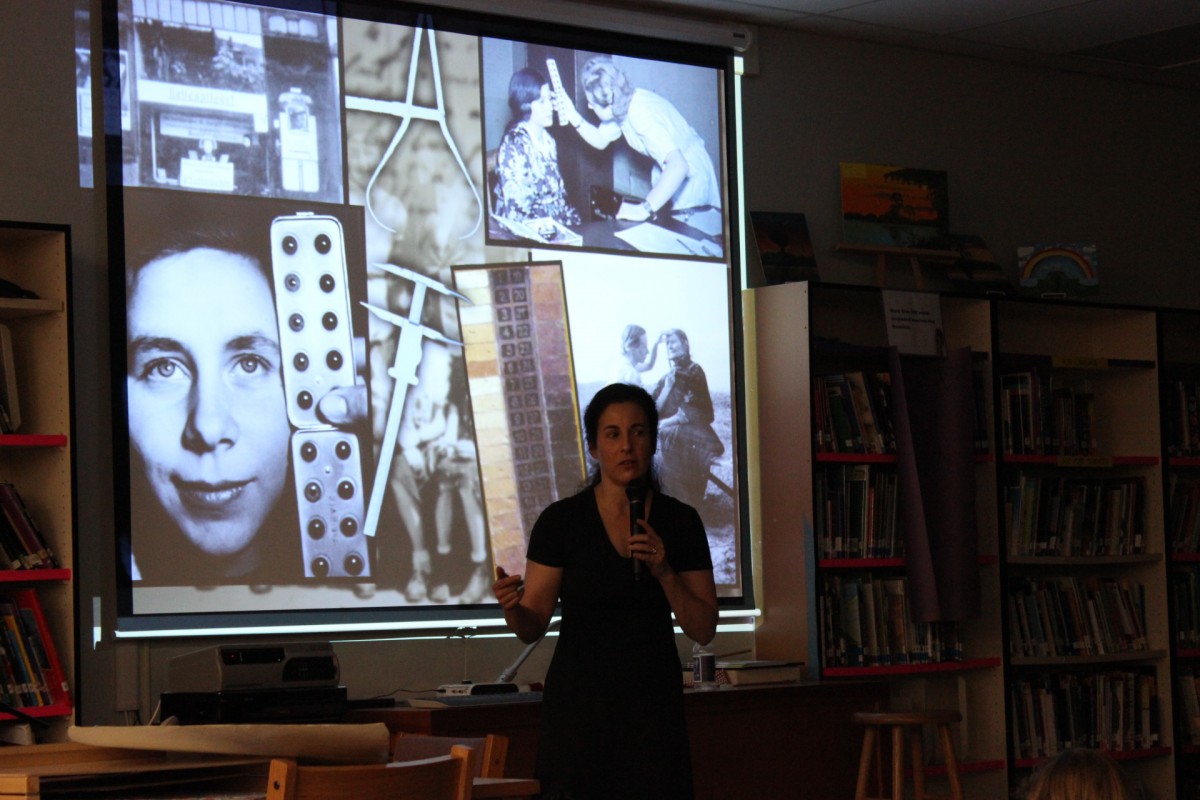 Northport K-8 sixth grade students and teachers extended the learning experience of lessons on the Holocaust recently through “Living Voices.” Living Voices was presented in the school’s media center at the behest of Tim Norfleet, SLC District Social Studies Curriculum Coordinator and sixth grade social studies instructor, Georgia Stone. Actress and Living Voices presenter, Rachel McClinton from Seattle, Washington coaxed the audience of teachers, students and a few parents through tears, anger and frustration and finally the sorrow of the Holocaust. Ms. McClinton presented the story of Sara Vice, retelling the actual story of Anne Frank as a girl in Holland until her last days in the concentration camps in Germany where she died of Typhus one month before American and British soldiers liberated the camp. After the presentation using multi-media sources and dramatic acting, the students were able to pose questions and received thorough and clear responses. The presentation was an excellent scaffolding tool for a deeper understanding of the experiences of the Holocaust. Pictured is Rachel McClinton speaking to the sixth graders.