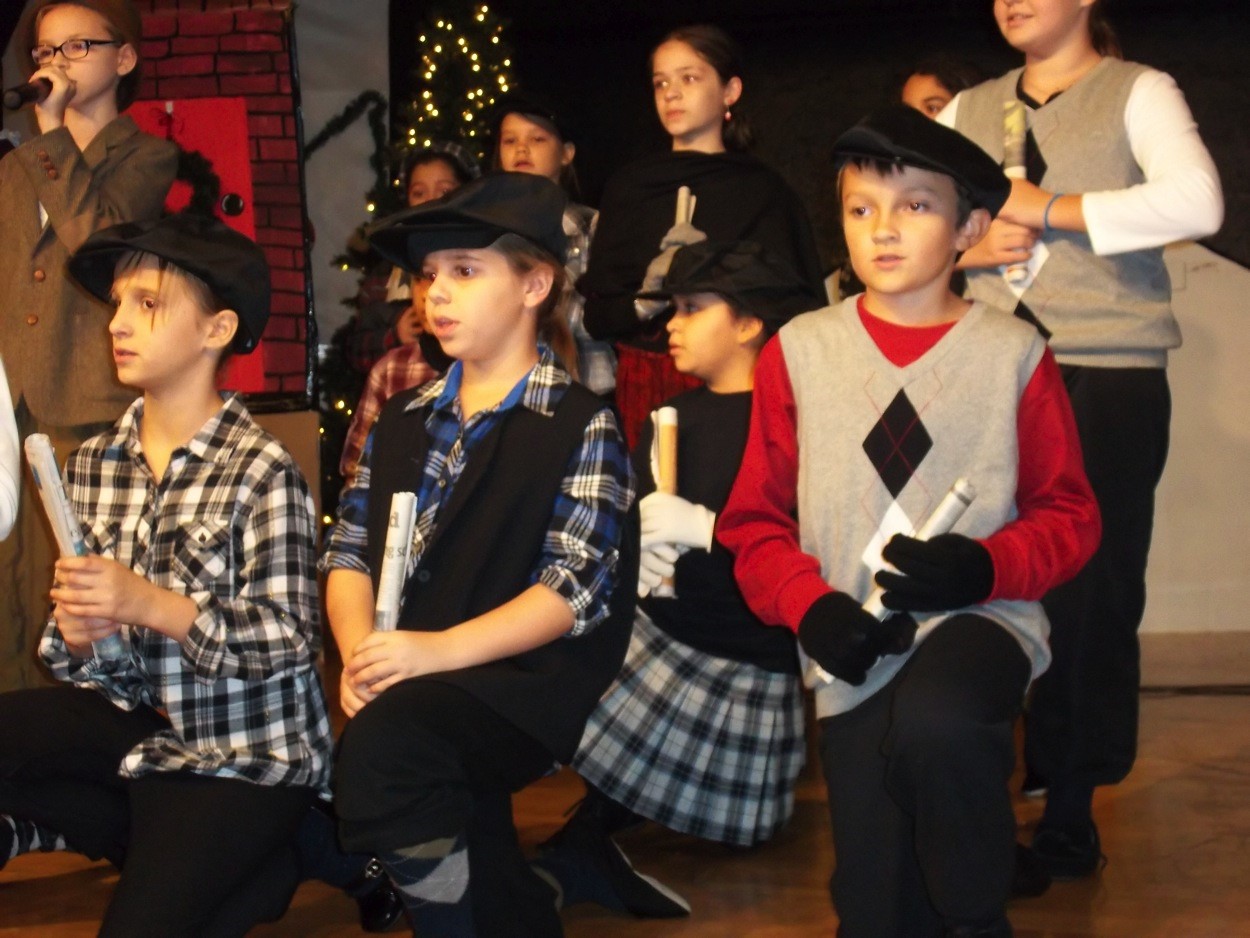 “Yes, Virginia there is a Santa Claus!” proclaimed the students at Floresta Elementary School during their winter musical. The cast of “Yes Virginia” put on a spectacular performance for parents, teachers, and community members before the winter break. The cast, comprised of fourth, fifth and one first grade students were hard at work since early September preparing for vocal and speaking auditions and learn their lines, songs and dances to put on the show.  It was clear that Floresta Elementary has some very talented singers and actors. Thanks to a very generous gift of $1,000.00 from Macy’s, school staff was able to purchase and create several unique costumes, and sets and props especially for the show. Though the show took months of hard work and practice, it was deemed a success. Despite this musical being more challenging and demanding than any previous shows involving singing solos and difficult dance numbers, the cast showed they were up for the challenge. The dress rehearsal was performed during the school day for Kindergarten through second grade students and was recorded by the Education Channel to air on television later this year. Floresta Elementary students, families and staff will certainly be looking forward to seeing more great performances in the future! Pictured are some of the “Yes, Virginia” cast members. Written Floresta Elementary music teacher Jaclyn Kraus and edited by Suzanne Diaz.