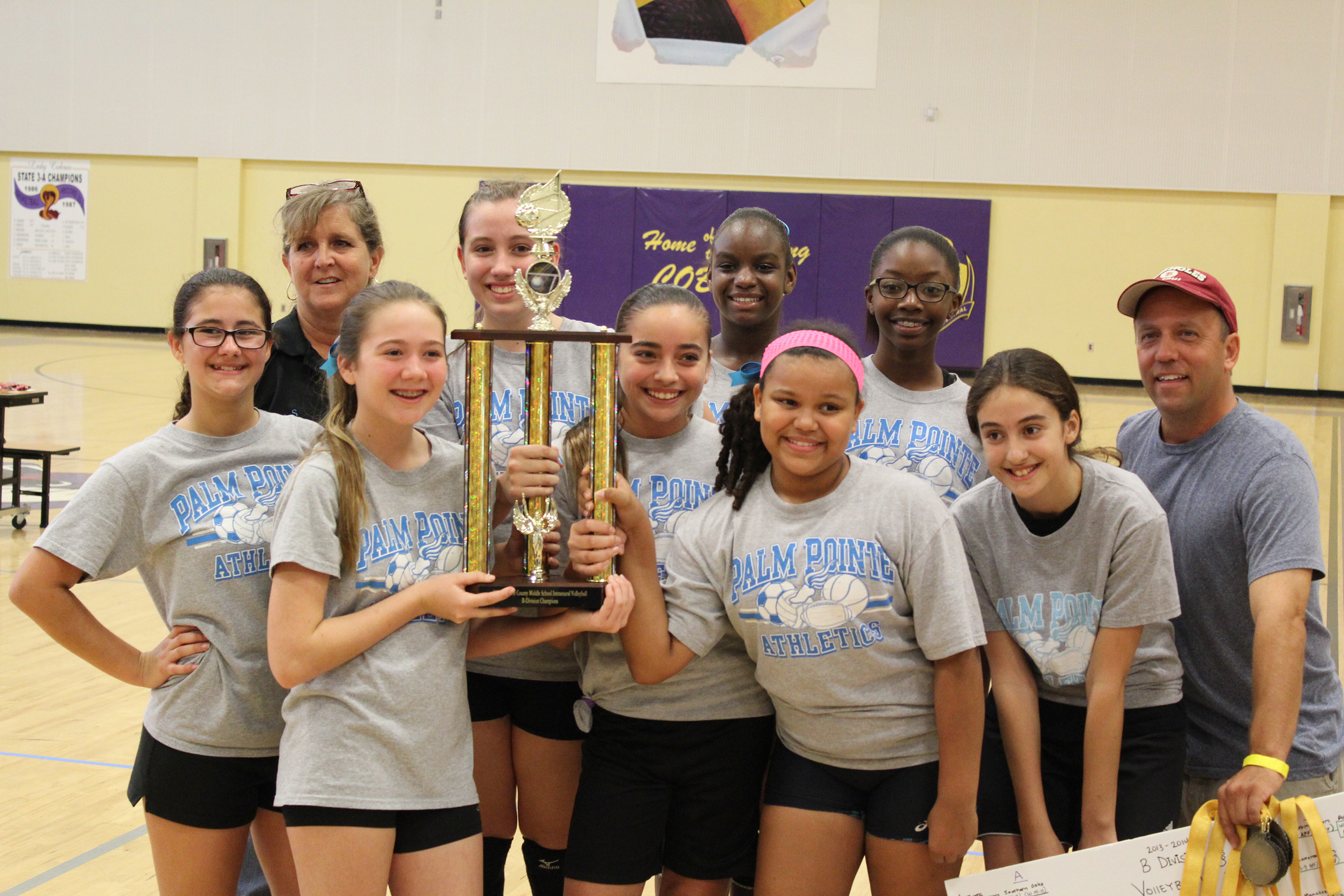 The Palm Pointe Educational Research School @ Tradition team recently won the St. Lucie County Middle School volleyball tournament held at Ft. Pierce Central High School. The girls from the “B” division defeated the Southern Oaks Middle School team in the championship Match. The championship match was the best of three, with the Southern Oaks team winning the first game, and Palm Pointe winning the other two matches.  The girls really showed heart, determination and dedication, coming from behind to win the championship. These girls spent many hours practicing before school, getting ready for the tournament — and it really paid off. Pictured, from left back row, Coach Stephanie Remson, Amanda Bouquet, Karen Extra, Yasmine Brutus, and Coach Robert Santoro.  Front row, from left, is Erin Ageeb, Amanda Sleight, Carly Ceglio, Emilyn Stafford and Haley Chimelis. 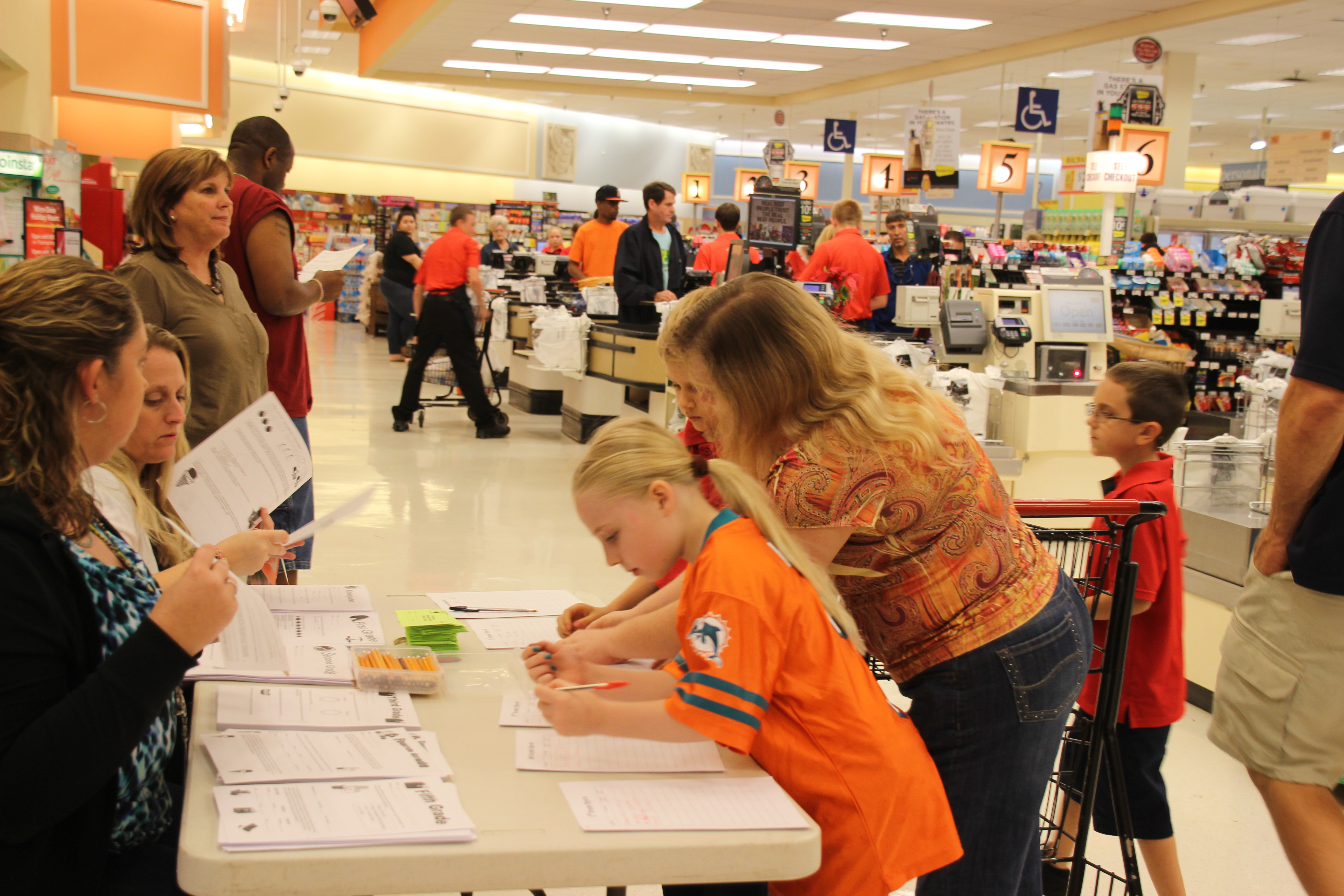 Lakewood Park Elementary students and parents had the opportunity to explore the world of math in real-world situations by attending a family math night at a local grocery store. The students had a taste of reality while walking around the store working out math problems and figuring which food deals were the best economically. After students completed the activity, they received a free homework pass. Parents and guests listened to some holiday music while shopping presented by Angela Moretti’s Lakewood Park Elementary chorus, and parents also had an opportunity to do their grocery shopping and the store manager gave away door prizes. Lakewood Park Elementary thanks the grocer for all their staff does for the school as a business partners. Pictured are students Amber McNeill and Toby Whigham as they sign up for math night, with, from left Tari Sexton, Jennifer Lusardi, and Sue Fredrickson assisting.