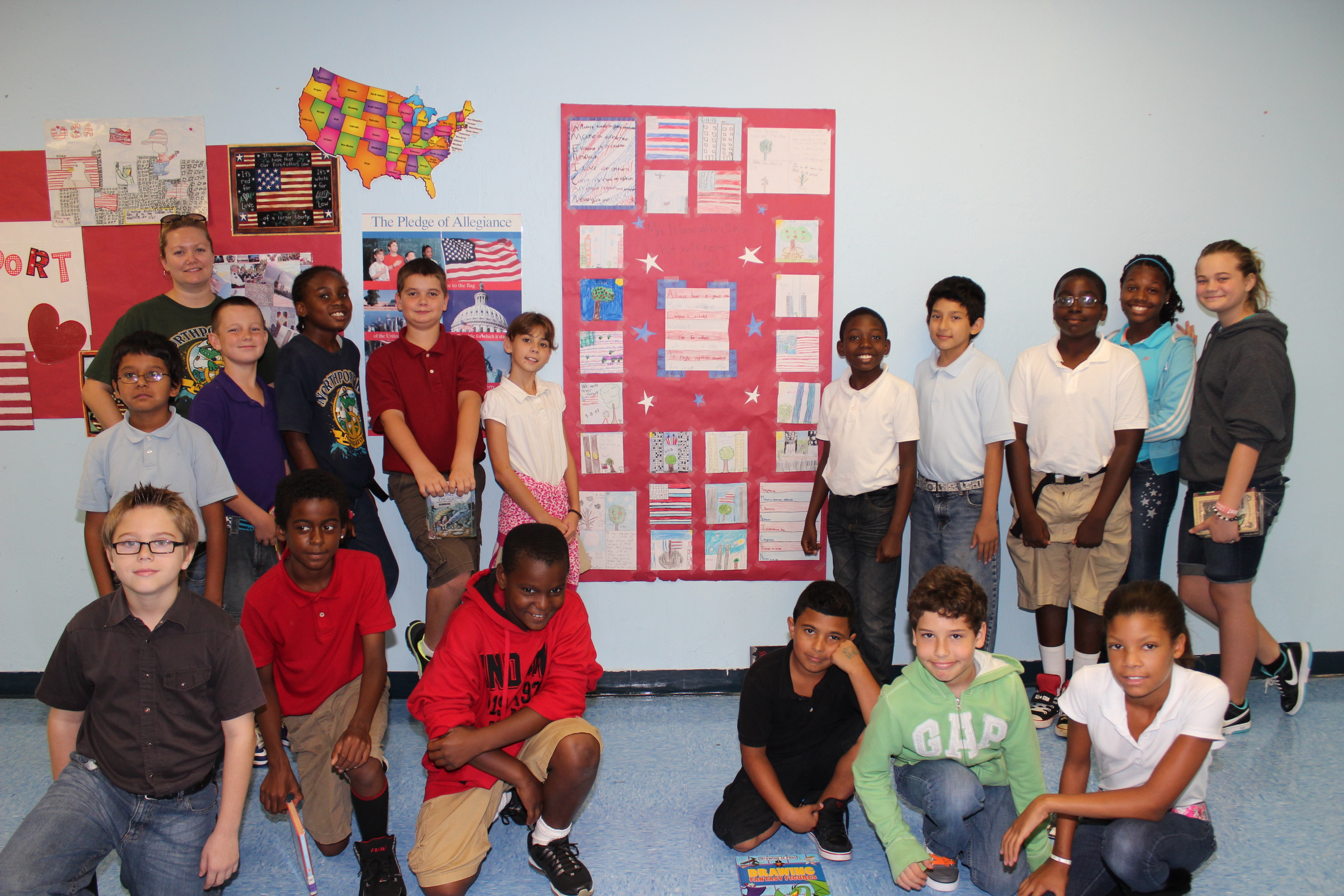 Northport K-8 School fifth grade students in Melanie Polascak’s class learned a valuable lesson on survival and how to flourish through a tragedy while learning about the terror attacks of September 11, 2001. Mrs. Polascak integrated visual information using video clips of the original World Trade Center prior to 9/11 and of the Ground Zero Memorial, comparing and contrasting the scenes. The class noted the story of “The Survivor Tree” which sustained extensive damage during the attacks. The original tree, a callery pear tree, has been replanted at the Ground Zero Memorial for all to enjoy and learn the story of nature’s lone survivor. The eight foot tall tree, standing among a throng of white oak trees is a symbol of hope, peace, freedom and survival. The children then constructed a quilt with hand drawn pictures and words to symbolize their internal feelings about the story of the survivor tree. Student, Isai Quinones, wrote on his quilt, “Like a soldier, the tree wouldn’t back down!” Pictured are Mrs. Polascak and her fifth grade class. 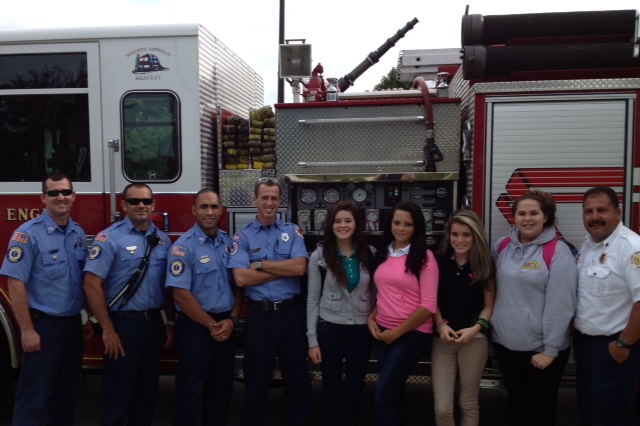 Northport K-8 School Culinary Arts instructor, Rachel Ellsworth and a group of her students honored local firefighters from Port St. Lucie, Station 3 on September 11 with a tray of homeade baked goods from the Northport Culinary students. Students walked to Station 3 after school and hand delivered the goodies. Along with the firefighters are Northport students from left, Ayana Kelly, Deja Gannon, Kelsey Krieger and Melissa Hruby. Northport K-8 School students delighted in honoring community first responders and were moved to remember all the heroes who acted courageously on September 11, 2001. 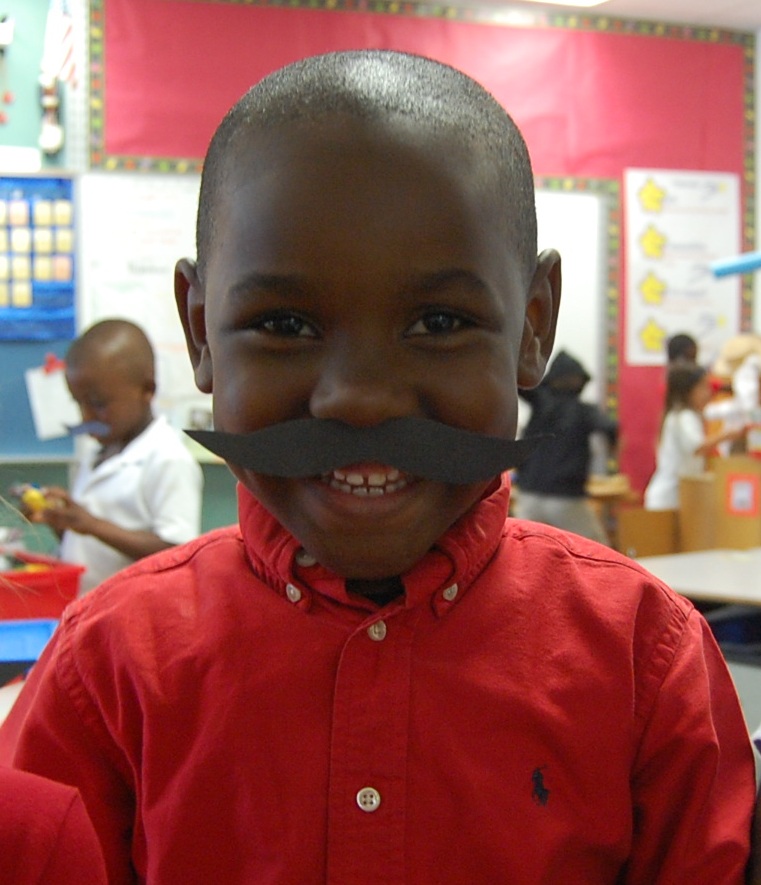 John Howard “mustache” you a question. Do you know the sound that the letter M makes? He does of course. Kindergarteners in Mrs. Michelle O’Keefe’s class at Frances K Sweet had fun wearing their mustaches while learning about the letter M. 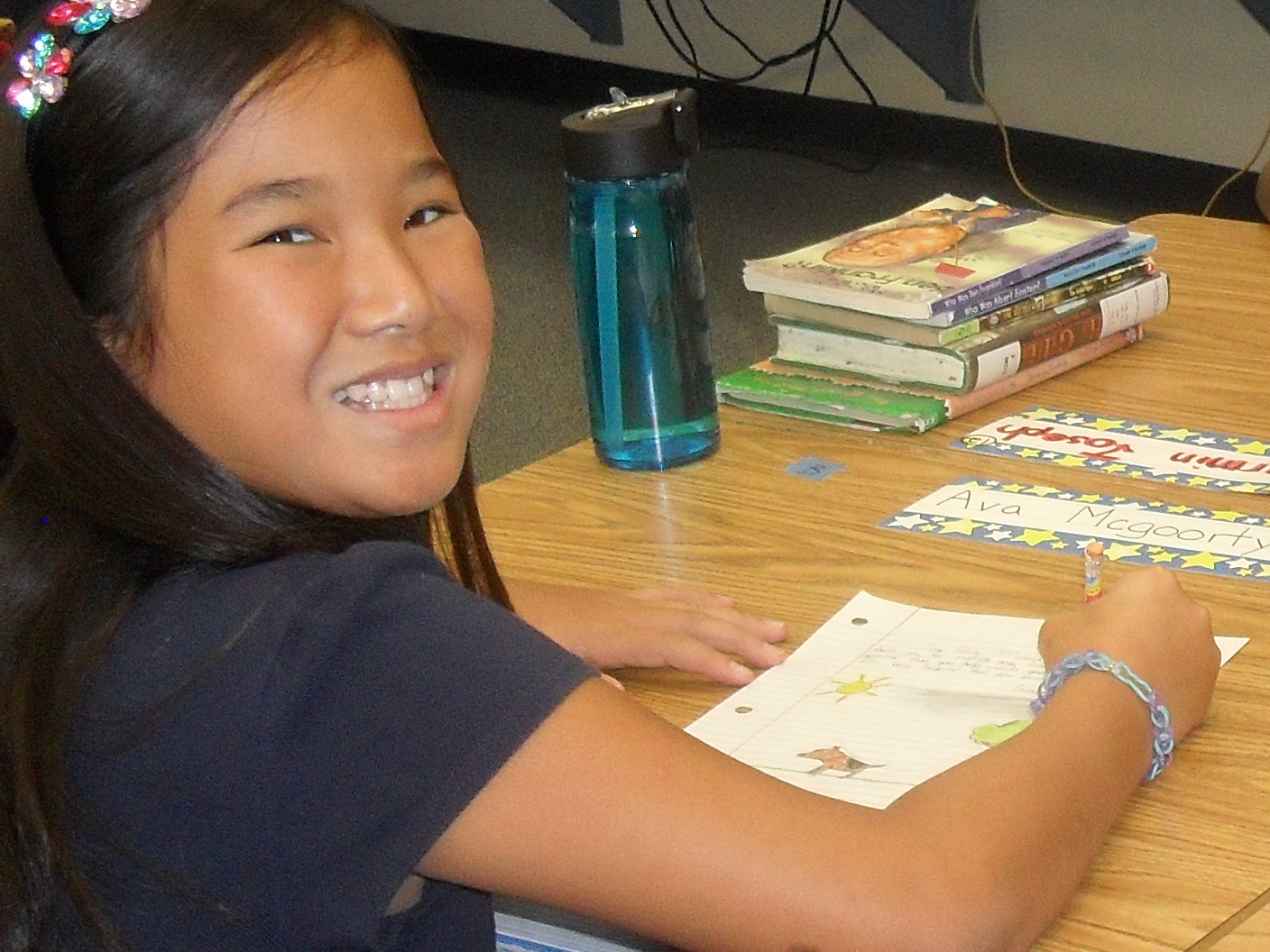 In honor of the anniversary of 9/11, students in all grade levels at Frances K. Sweet wrote letters and cards to their local police and firefighters thanking them for their service to the community. The letters will be delivered to the Fort Pierce Police Department and the St. Lucie County Fire Department on Wednesday, September 11th. Pictured is fourth grader Ava McGoorty. 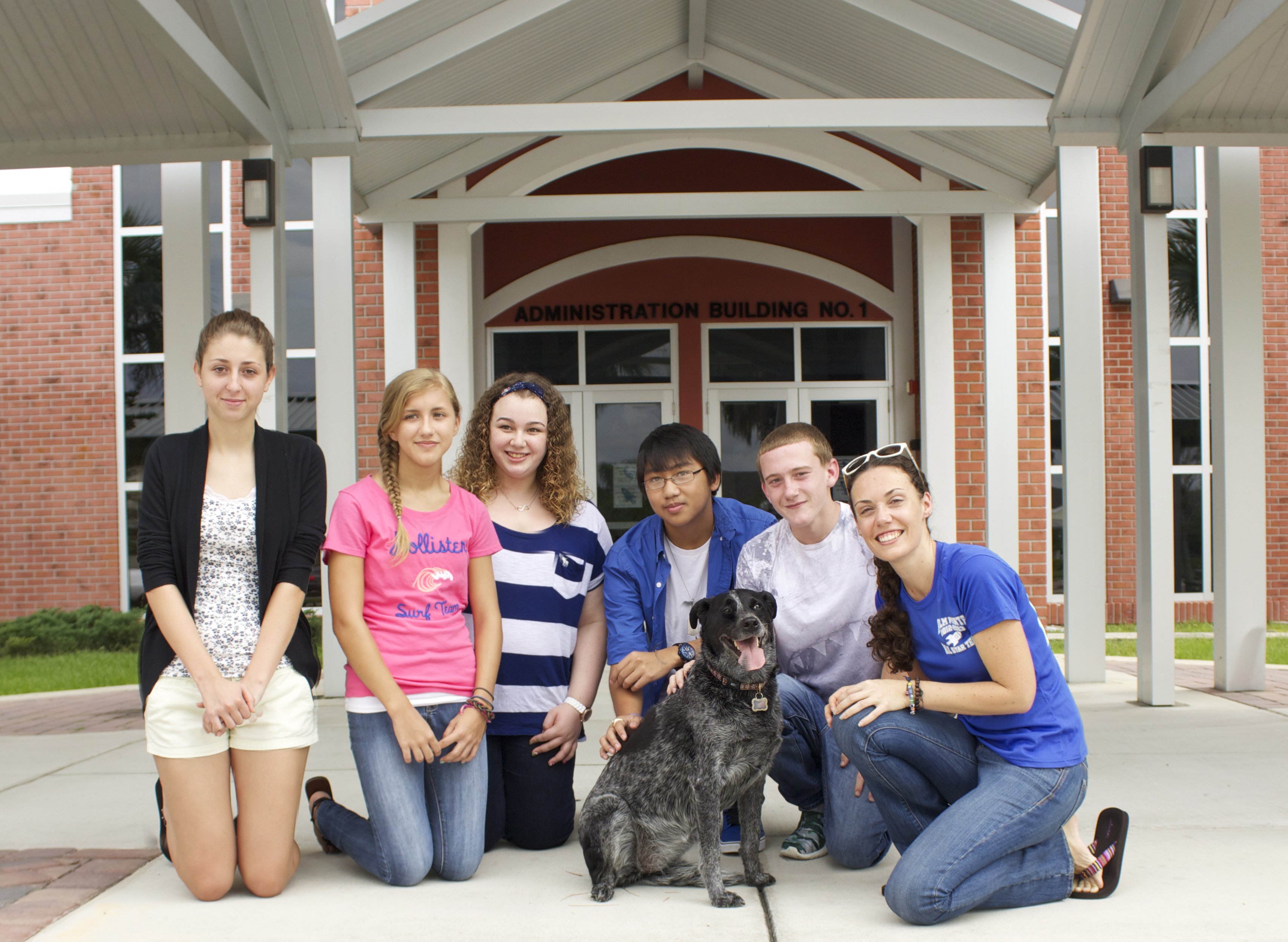 Palm Pointe graduates reconnect with Hillary Cruz, 7th grade Civics teacher at Palm Pointe Educational Research School @ Tradition, and Janet Winikoff, representing the Humane Society of Vero Beach and Indian River County, regarding the students’ 2011/12 Project Citizen idea for a pet food stamps program. The students targeted low-income pet owners as the problem to focus on for their class project two years ago; claiming one of the most cited reasons for surrendering pets was due to the owners’ inability to financially care for them. Students had the idea to create a Medicaid-type program (called Peticaid), that would subsidize food and veterinary care. Students reached out for community support and located Ms. Winikoff in the process. Their ideas served as Ms. Winikoff’s inspiration to write a Peticaid grant that was recently approved, funded by the ASPCA in New York, awarding $9,000 to the Humane Society of Vero Beach and Indian River County to pilot the program. Students are hopeful that the program continues to expand and grow  through-out the Treasure Coast and across the state.  Pictured from left to right are: Kalei Gribben, Kaylie MacGregor, Sophie Phillips, Alex Emmert, Marc Edwards, Hilary Cruz and Slider the dog.