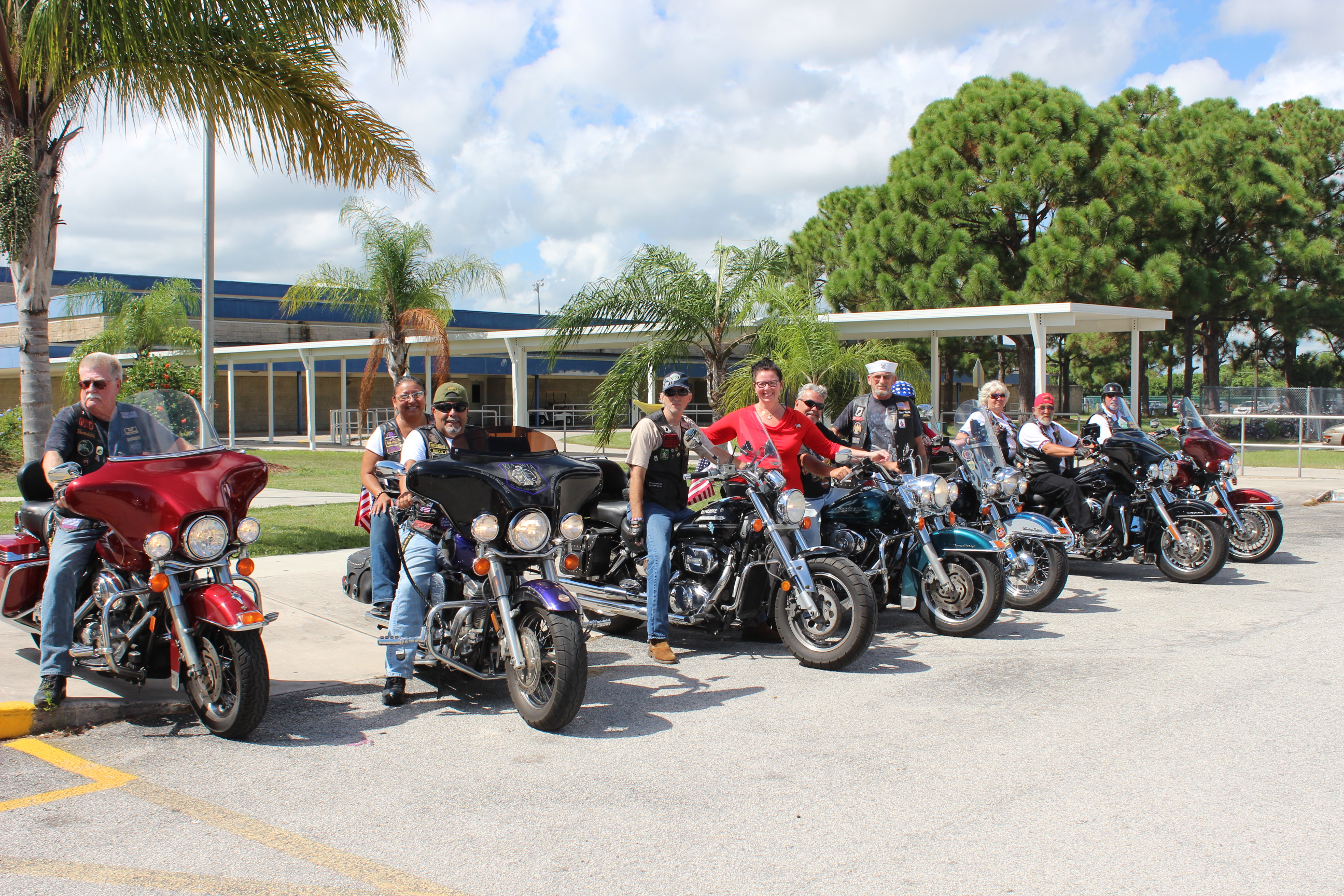 Each year Northport K-8 School commemorates and pays tribute to the victims and heroes of September 11, 2001. The school media center is dedicated to the memory of the eight children who perished on 9/11. This year, the school media center program offered Power Instruction to sixth and eighth students on the Shark and Mariner teams. The Pledge of Allegiance was lead by eighth grader, Matthew Seama and the National Anthem was sung by choral student, Sharene Thomas. Mr. Kirk, Northport choral director and his vocalists, the Velvet Bluebirds, sang a powerful rendition of  “America the Beautiful.”

An extremely informative powerpoint was one of the highlights of the program explaining September 11, 2001, the National response and the Northport community response and two primary source guest speakers made the story become living history for the students. Retired Detective Albert Hickey and SLC firefighter, Gary Hollett spoke eloquently and with deep emotion to the packed house of students.

Northport alumni currently serving in the United States military video clipped recent messages to the students. Army Sgt. Xiovani Guanill spoke to the students directly from Afghanistan and United States Air Force medic, Corey Gruszka spoke from Vandenberg Air Force Base in California. The program came full circle to the school flag pole where veterans from Korean War Veterans Association, Chapter 106 raised the flag and called the names of the flights. Port St. Lucie American Legion, Post 318 Legion Riders also had a large presence with motorcylces parked in a line in the front of the school. When polled, 100 % of students expressed deep undertanding of the tragedy of 9/11. Pictured are the Legion Riders and Media Specialist, Lynne Gruszka