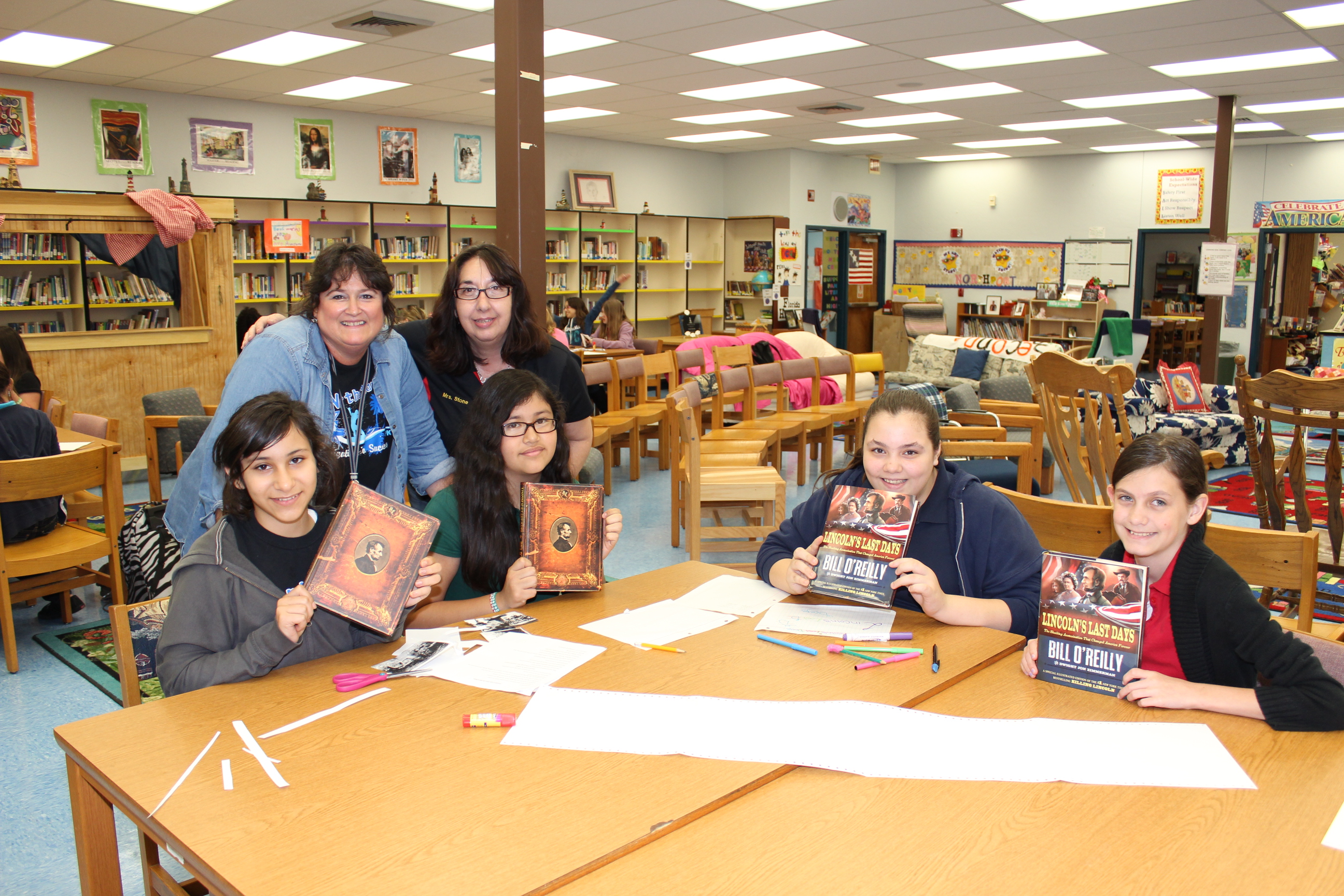 Northport K-8 students and teachers on the Northstar and Starfish teams collaborated on a critical lesson using new and intriguing information recently. Teachers Mala Woessner and Georgia Stone, along with Media Specialist Lynne Gruszka, worked together to present indepth information on the shocking assassination that changed America. Students read the student version of Bill O’Reilly’s “Killing Lincoln,” a realistic and historical best selling account of the last two weeks of Lincoln’s life and the conspiracy that brought a nation to its knees. The student version called “Lincoln’s Last Days” is filled with pictures, timelines and enrichment sources. The book is very student reader friendly and is appropriate for children in grades four through eight. Ms. Woessner stated, “Students were enthusiastic readers and enjoyed the historical and factual account of “Lincoln’s Last Days” and became immersed in the suspense and conspiracy.”  Pictured are teachers Mala Woessner, back left, and Georgia Stone, and students Sarah Abulathou, from left, Ashley Quijada, McKenzie Hunsicker and Chayse Hirsch in the school’s Media Center. 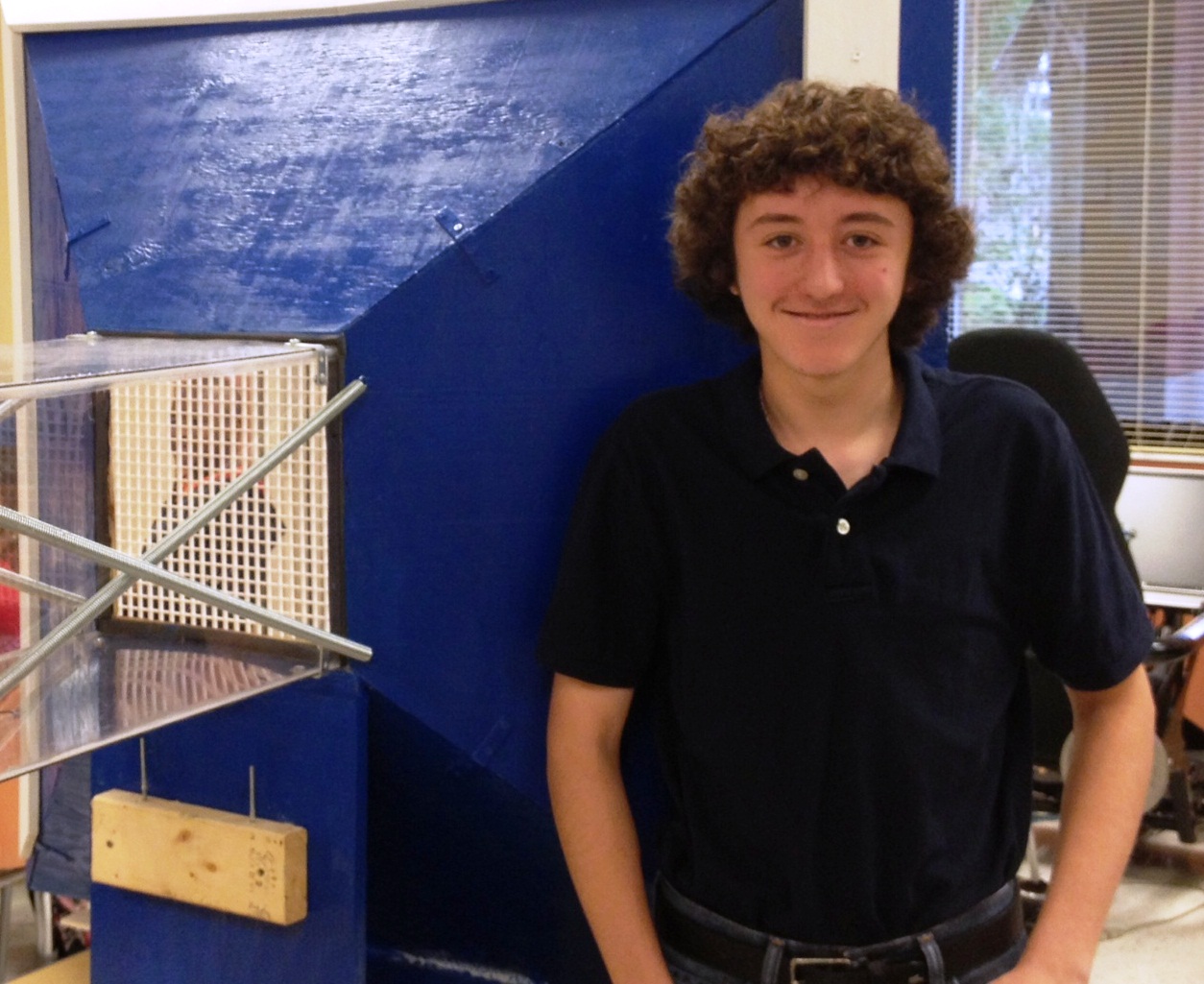 Fort Pierce Central High School freshman Andrew Caputo has been selected by the Stuart chapter of the Experimental Aircraft Association (EAA) for a $1500 scholarship to attend and study at the EAA’s Air Academy at Oshkosh, Wisconsin for one week in June. Andrew is presently in the Embry-Riddle Aeronautical University/St. Lucie County Aerospace Academy located on the Fort Pierce Central High School campus. Andrew was nominated by the Institute’s director, Professor Kevin Adkins, and selected by the Stuart EAA chapter president Eric Ingraham based on “his past academic performance and general interest in aerospace, science, and engineering, along with his future potential for success within these areas.” Students at Air Academy are involved in classroom, field and laboratory experiences, along with team building exercises. 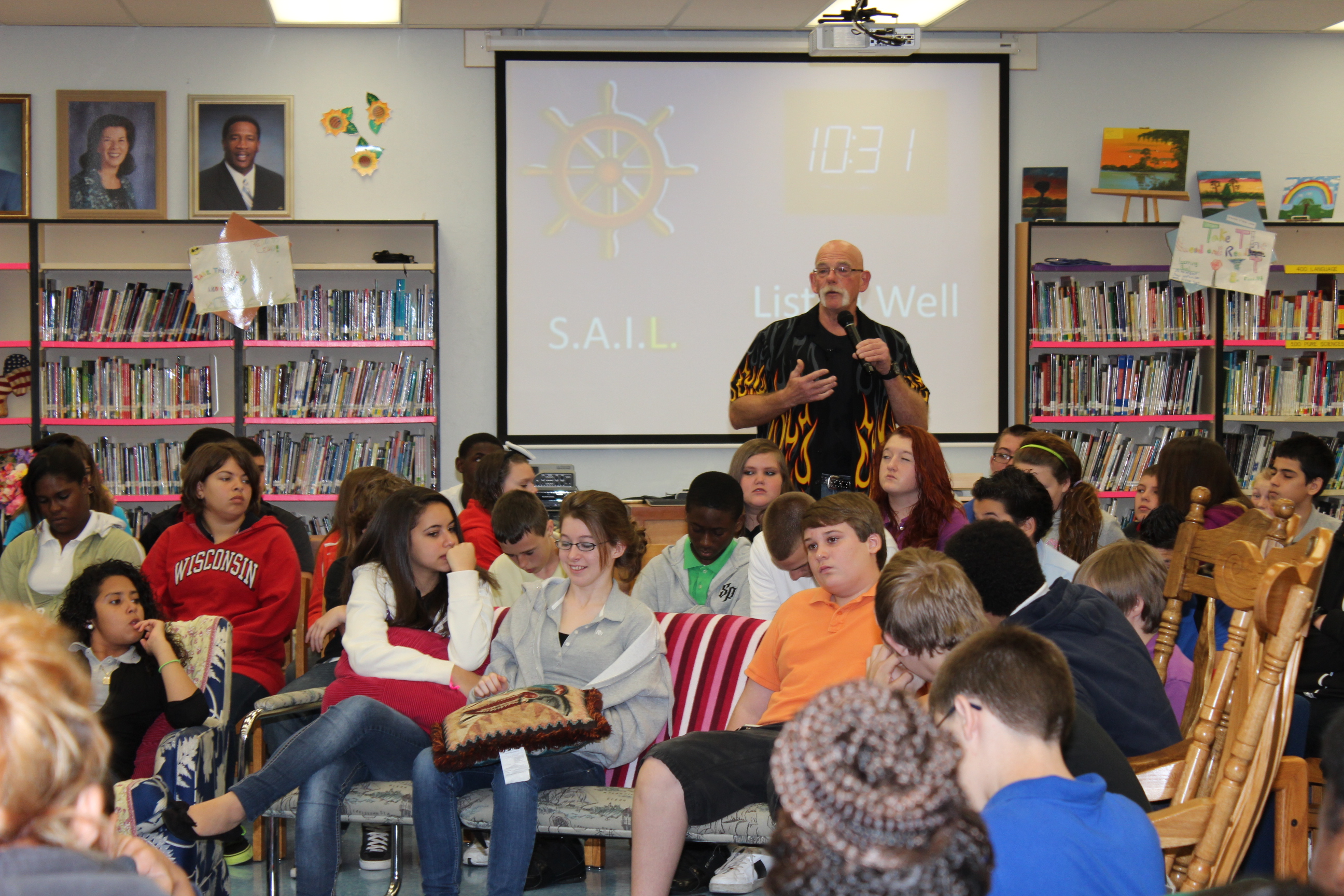 Seventh and eighth grade students on the Northport K-8 Clownfish team combined a great lesson on literacy with a powerful antibullying message in the school Media Center recently. Students read the book “Call Me Yubbie” written by Joe Wojcik, better known as Joe The Biker in their reading classes. Each student then wrote an essay putting themselves in the shoes of one of the characters in the book. Some students took on the persona of the bully and others took on characteristics of the victim as displayed in their very poignant writings. Joe Wojcik then visited with the students discussing his life story, how to deal with real life bullies, why bullies do what they do and why victims act as they do in real life. Joe engaged the students in a tremedous morning of interaction, discussion and “real talk” about bullying and combined effective literacy lessons in the discussions. The program can be viewed in its entirety
on the St. Lucie Education channel on School Report in the near future. 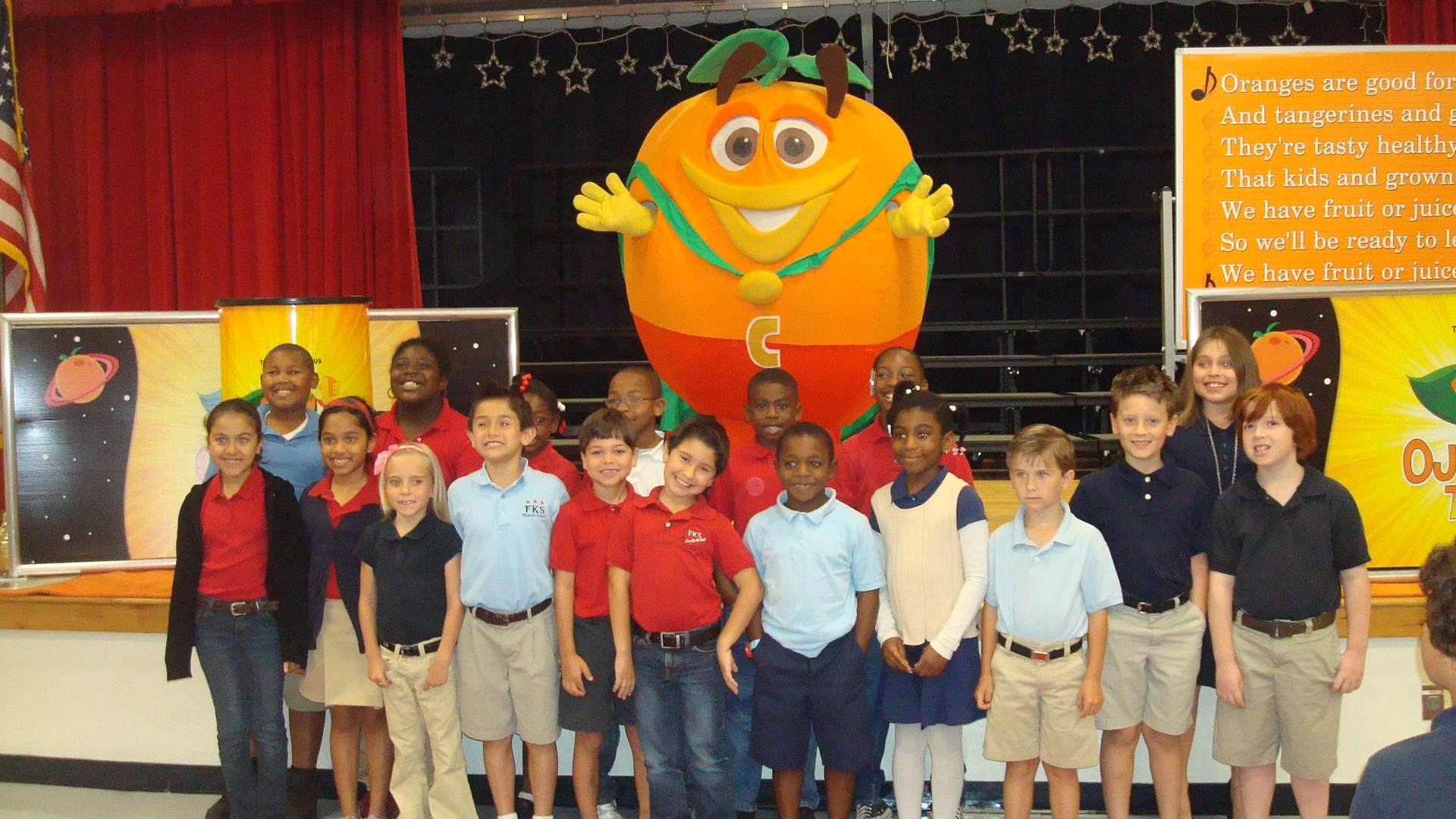