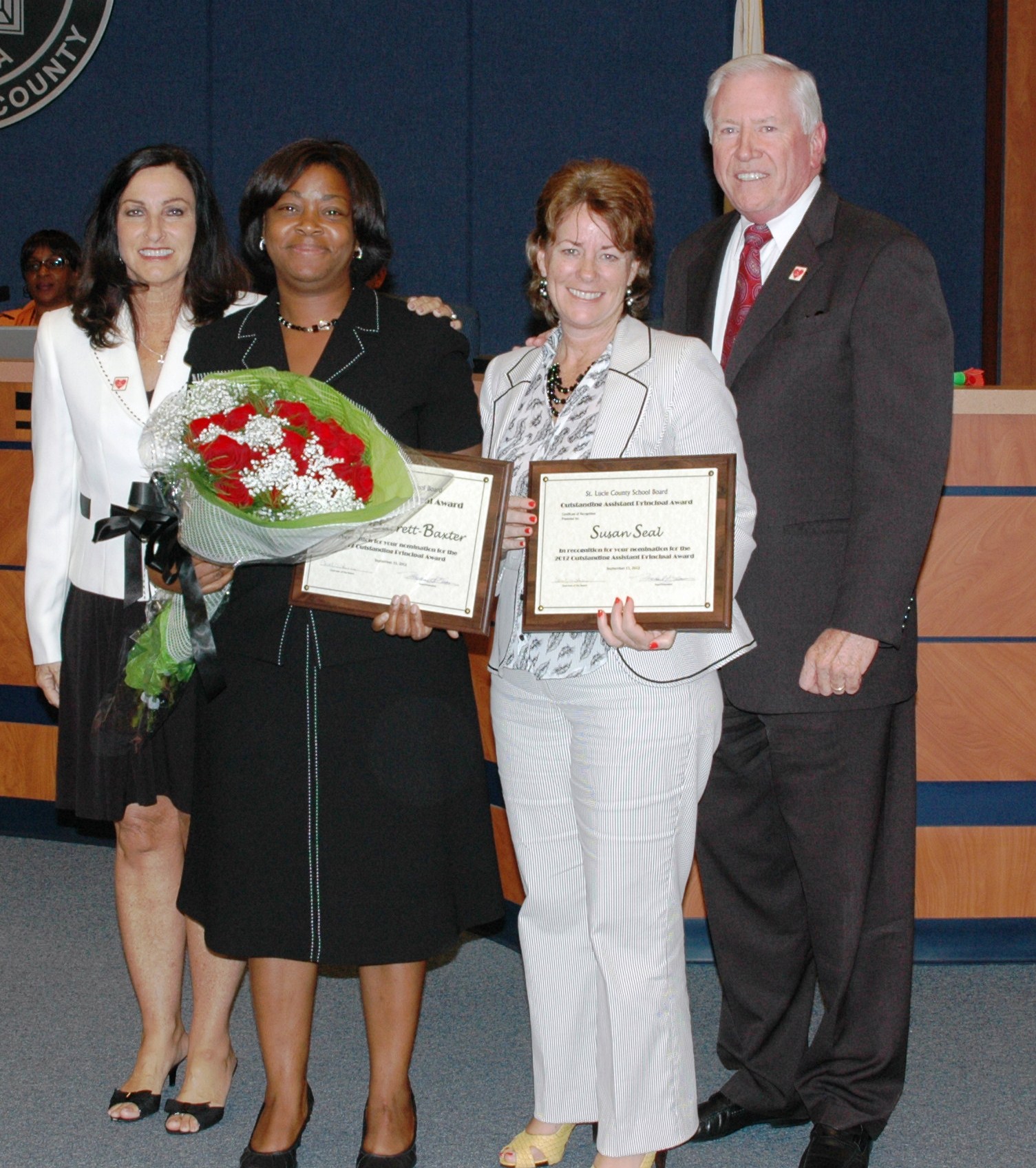 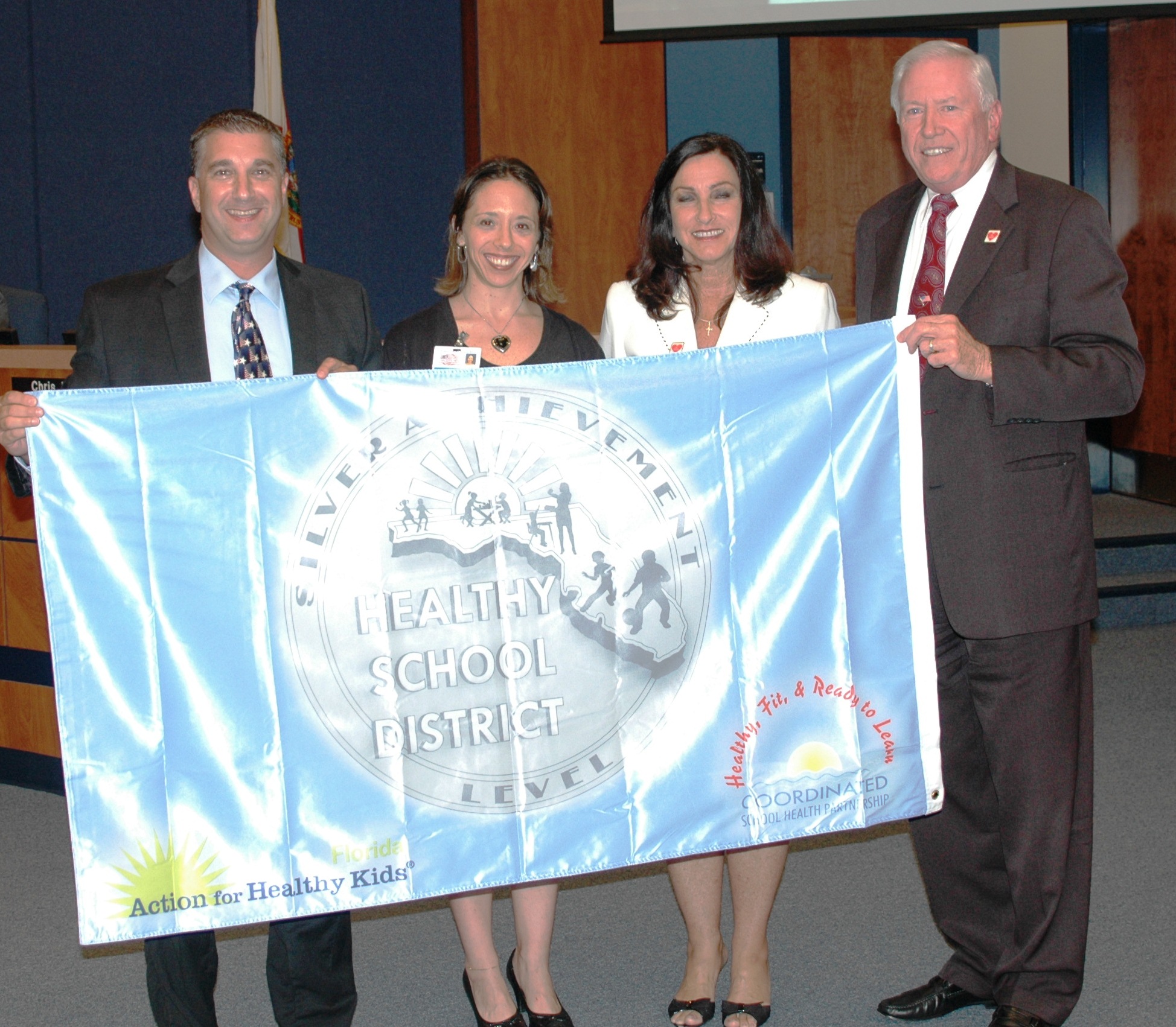 The St. Lucie County School District has been recognized by Florida Coordinated School Health Partnership and Florida Action for Healthy Kids for achieving the status of a Florida Healthy School District at the Silver level. The criterion for recognition as a Florida Healthy School District is the Florida Healthy School District (FHSD) Self Assessment Tool developed by experts from state agencies, school districts, and community partner organizations working together through the Florida Coordinated School Health Partnership. The self-assessment is based on the eight component areas of the Coordinated School Health model and focuses on district infrastructure, policy, programs, and practices identified from national and state guidelines, best practices, and Florida statutes. St. Lucie County School District is performing as a leader in the state as a result of the well established district infrastructure and component area strengths. Pictured, from left, are Eric Stern from Florida Action for Healthy Kids, district Wellness Manager Carlye Fabrikant, School Board chairman Carol Hilson and Superintendent Michael Lannon as the district was recognized at the September 11, 2001, St. Lucie County School Board meeting. 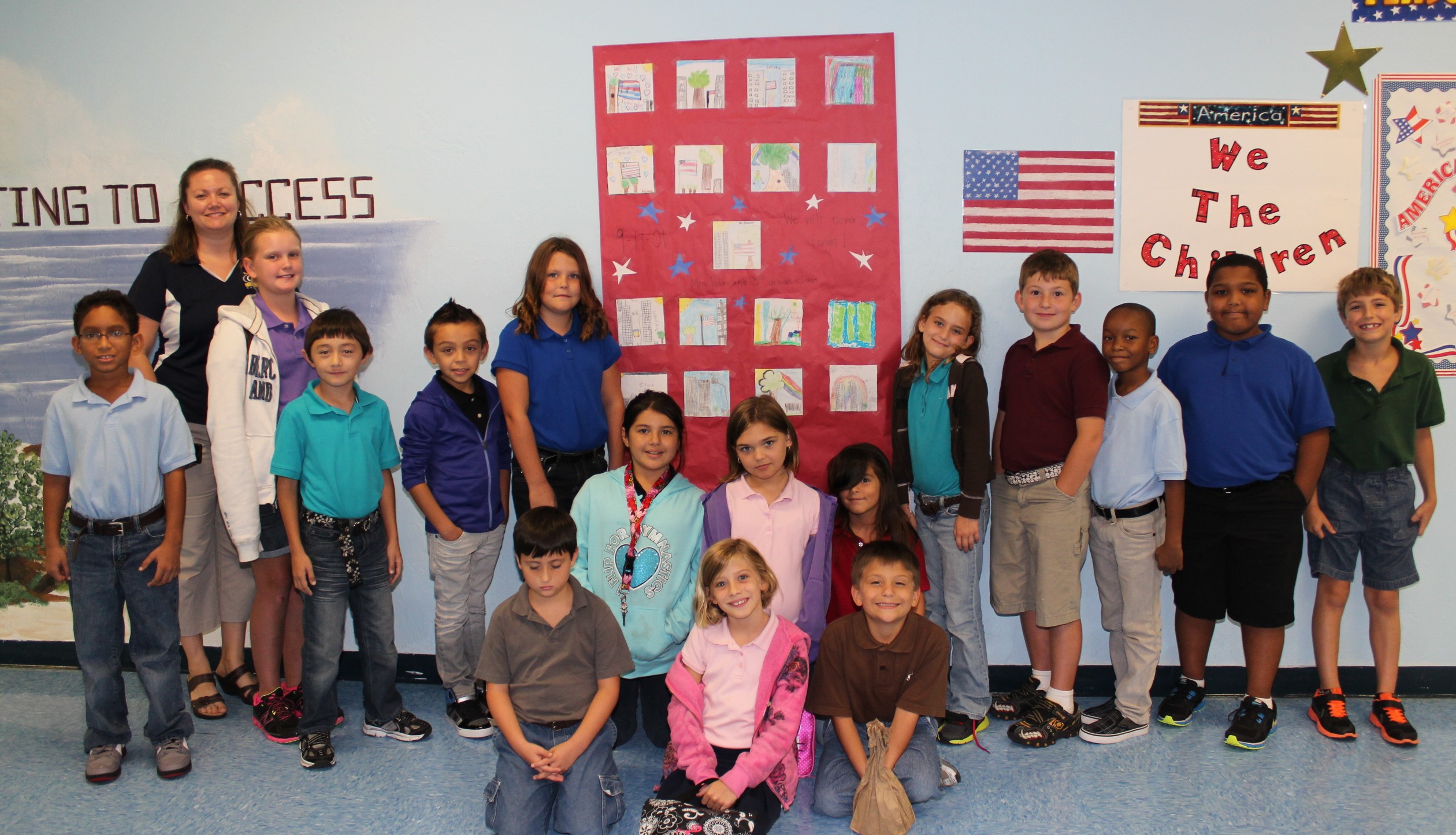 Northport third graders in Melanie Polascak’s class contructed a quilt for hope to learn about the history of September 11, 2001. Ms. Polascak used a PowerPoint slide show to tell the students all about the Survivor Tree at Ground Zero, the story of one small pear tree that survived the devastion of that day. The instructor encouraged the students to have hope for the future and like the pear tree, America will survive tough times. The third graders were extremely proud of their quilt, and Ms. Polascak’s lesson allowed students to digest elaborate
information in a concrete yet simple manner! 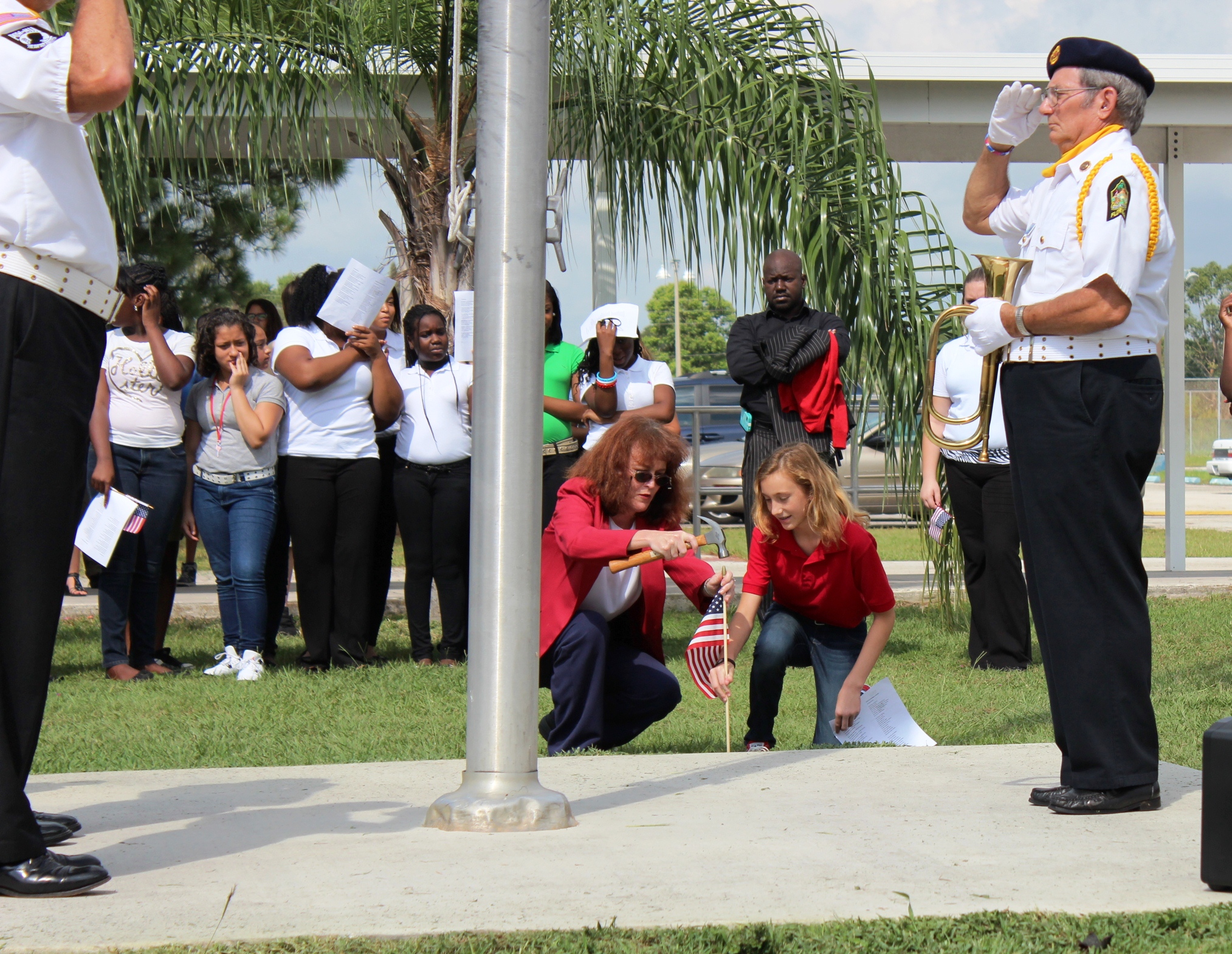 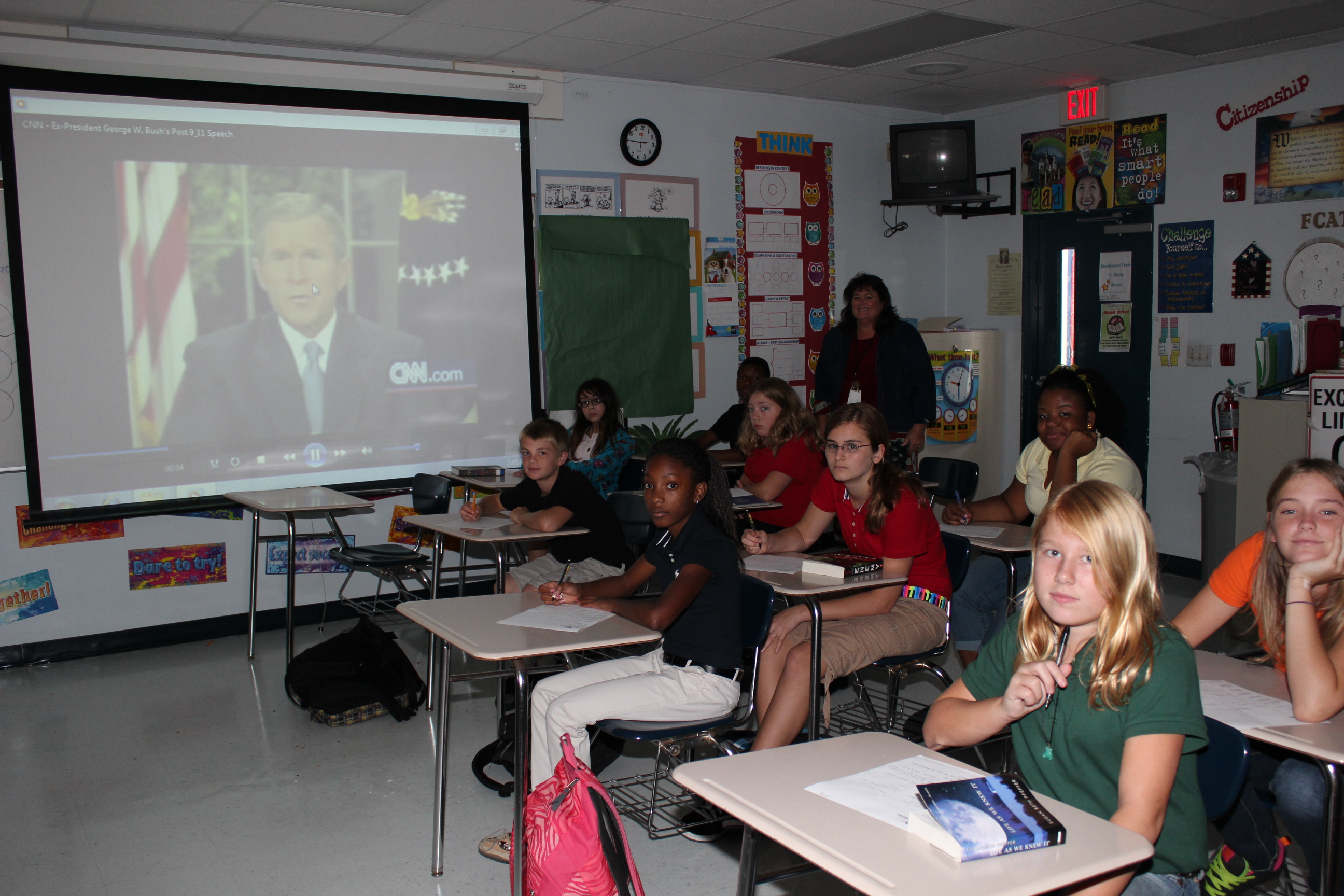