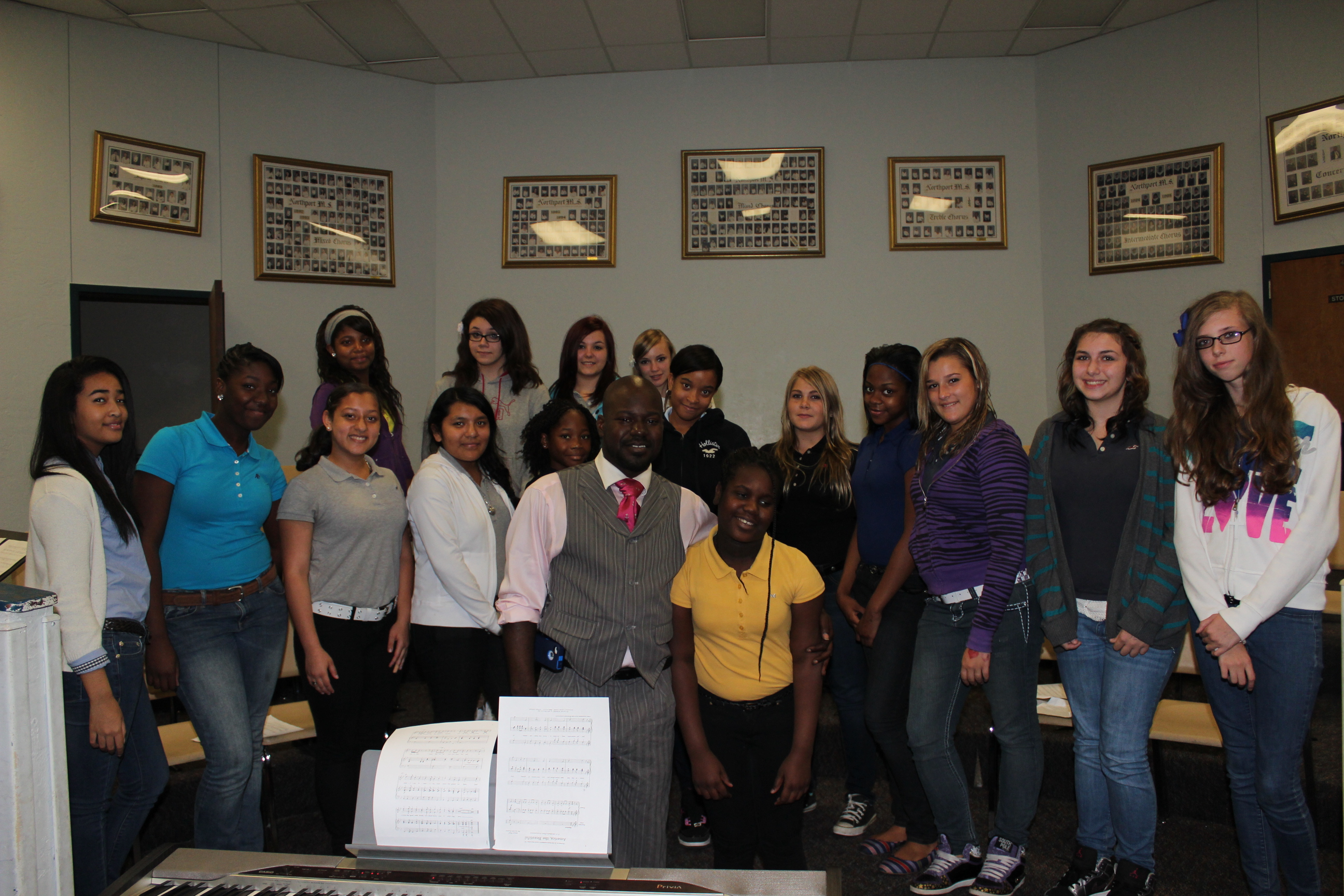 Northport K-8 middle grades chorus,  under the direction of instructor and new choral director James Kirk have been diligently preparing for their debut as a distinguished chorus.  Students will don dress attire and sing an arrangement of America The Beautiful by Katherine Lee Bates at the school’s first assembly of the year.  Students will sing at the September 11 Commemoration to be held on September 10 in the Northport gymnasium.  Mr. Kirk previously directed at Alfred Ely Beach High School in Savanna, Georgia.  Mr. Kirk began directing in 2004.  The debut should prove to energize the Northport Choral Department and bring the gift of music to the school community.