Fort Pierce, FL — School grades for Florida’s public schools for the 2011-2012 school year are expected to be released in early July, according to the Florida Department of Education (FLDOE). The announcement of school grades was delayed this year from FLDOE compared to previous years’ release schedules due to the implementation of significant changes this year and the complexity of the new Florida Comprehensive Assessment Test (FCAT 2.0), its higher scoring scale, new high school end-of-course core subject testing procedures, and higher cut scores for school grades.

However, for months, public school leaders across the state have consistently cautioned communities to not indulge in comparisons to previous years’ results.

St. Lucie Public Schools Superintendent Michael Lannon noted the caution is due to “the rules being changed in the middle of the game. This is a new day, and comparisons to the past are inaccurate and inappropriate,” Lannon said. “We as Florida’s public education leaders overwhelmingly support increasing rigor and relevance in curricula across core subject areas, but the necessary time to make adjustments was not taken in implementing the new standards. We should set a new baseline with this year’s results, not compare to any other year,” he added.

Thousands more students statewide this year were, surprisingly to them, described as not proficient based on their FCAT reading score, but would have scored at proficient, or grade level, in the previous scoring scale to move to the next grade level or to earn credit for graduation. School letter grades, based mostly on FCAT results, also determine some funding provisions, so school districts will see a negative impact on resources from the state if their students’ FCAT scores cause a drop in their school’s letter grade. Teacher evaluations, and thus compensation, are tied for the first time beginning this year to FCAT scores of students at their schools, even for those who teach such subjects as physical education, music or art, which are not FCAT-tested.

But since the Florida legislature enacted radical changes to the state’s public school accountability system in the 2012 session, and FLDOE was directed to implement the changes and their consequences simultaneously this school year, there has been tremendous outcry from public school leaders and communities statewide about the impending impact those changes will have on school districts. Many question the validity of the new testing and scoring process, especially since FLDOE changed the proficiency scoring rubric for the FCAT writing test when so many students scored so poorly, and weakened the consequences for school grades so that no school would suffer their grade dropping more than one letter, contrary to what the original grading rubric dictated.

Testing experts agree with those questions of legitimacy. In an article published May 25, 2012, Scripps Treasure Coast Newspapers quoted Robert Schaeffer, public education director for FairTest: The National Center for Fair and Open Testing in Massachusetts, who said, “The FCAT is a black box (that) produces numbers that have been massaged by politicians to get desired outcomes.”

Other large Florida media outlets have also reported the frustration of Florida’s on-the-ground education leaders, who are disturbed with the continually expanding accountability system. A June 28, 21012, Orlando Sentinel article quoted two Central Florida schools superintendents who stated that Florida’s ”“runaway school accountability system is destined to fail and take with it the positive goals it was intended to accomplish.”” And, ““Orange Superintendent Ron Blocker and Bill Vogel, superintendent of Seminole schools, said the state’s school districts are being overwhelmed by demands of the continually expanding accountability system. Teacher evaluations based in large part on student test scores — the latest requirement imposed by the Legislature — are unworkable and may be the tipping point, they said.””

National online newspaper The Huffington Post published an opinion piece June 26, 2012, which refuted public claims by Florida’s Education Commissioner Gerard Robinson that vocal opponents just “don’t like testing.” The journalist countered that the push-back is “not an anti-testing resolution,” but a reaction of exasperation at how “FCAT has evolved into a system of monetary consequences and stringent penalties. Somehow, children were forgotten along the way.” What began a decade ago as a means to assess student learning has come to “determine a school’s funding, a child’s retention, teachers’ salaries, teachers’ jobs, closing neighborhood schools, and attracting new business to the area.”
## 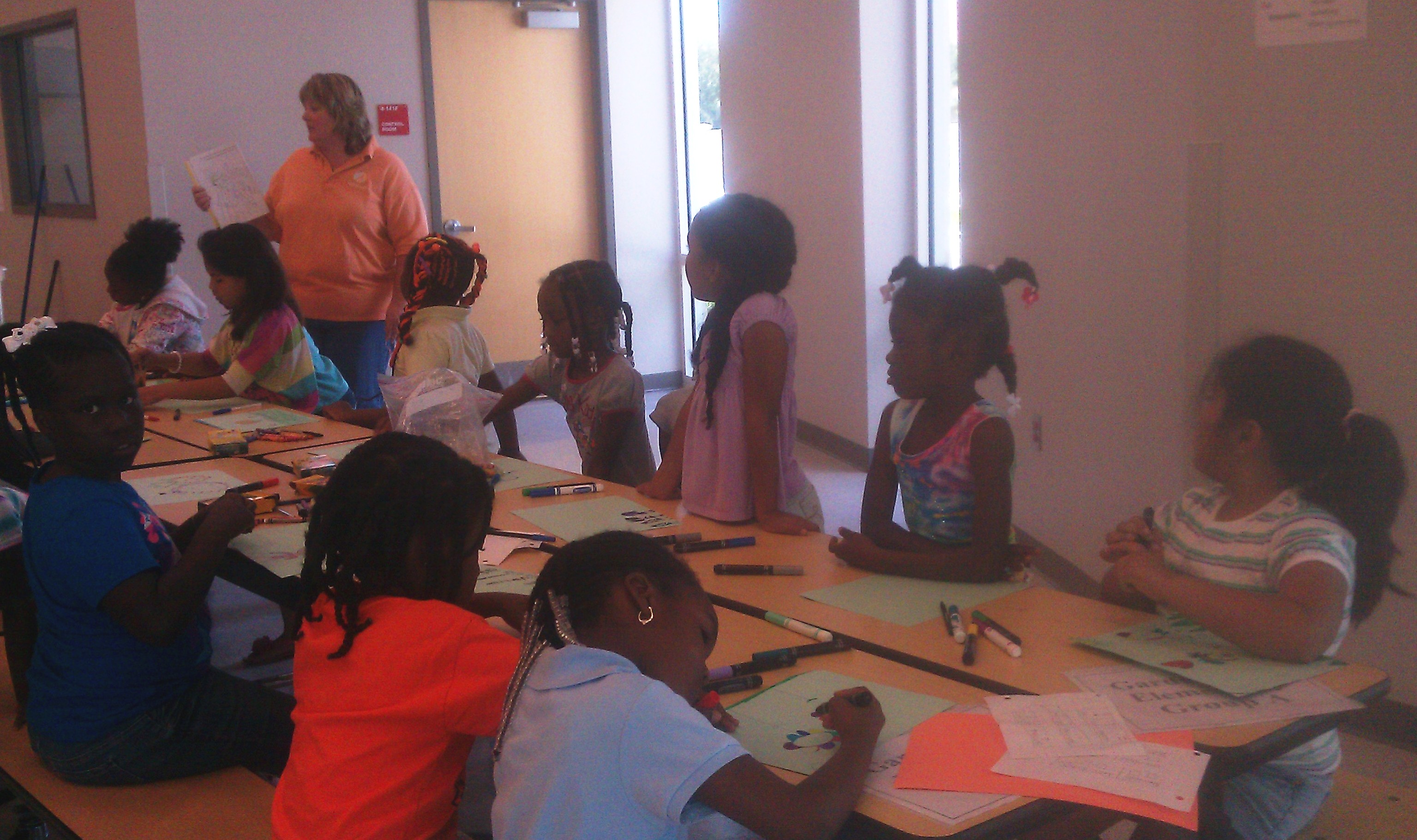 The Southeast Florida Council of the Girl Scouts of America, with financial support by the St. Lucie County Children’s Services Council, is sponsoring workshops during St. Lucie County Schools’ 21st Century Community Learning Centers (21st CCLC) summer programs at several school sites in St. Lucie County. These programs are supported by a federal grant with the school district, and are offered at no cost to students or families, and provide additional education opportunities in a safe and nurturing environment. One of two programs is an experiential workshop where girls learn what bullying really is, leaarn that it is not acceptable, and learn how to stop bullying through role playing. Girls are divided into groups by age. Another program the Girl Scouts sponsor is a four-hour hands-on exploratory science and math program that promotes partnerships between girls ages 5-10 and adults to encourage interest and excitement and science and math learning. Pictured is Brittany Wilson, a paraprofessional at Samuel S. Gaines Academy, facilitating a workshop at that site in Fort Pierce. Programs are sponsored also for summer programs at Weatherbee Elementary School in Fort Pierce and Oak Hammock K-8 School in Port St. Lucie. 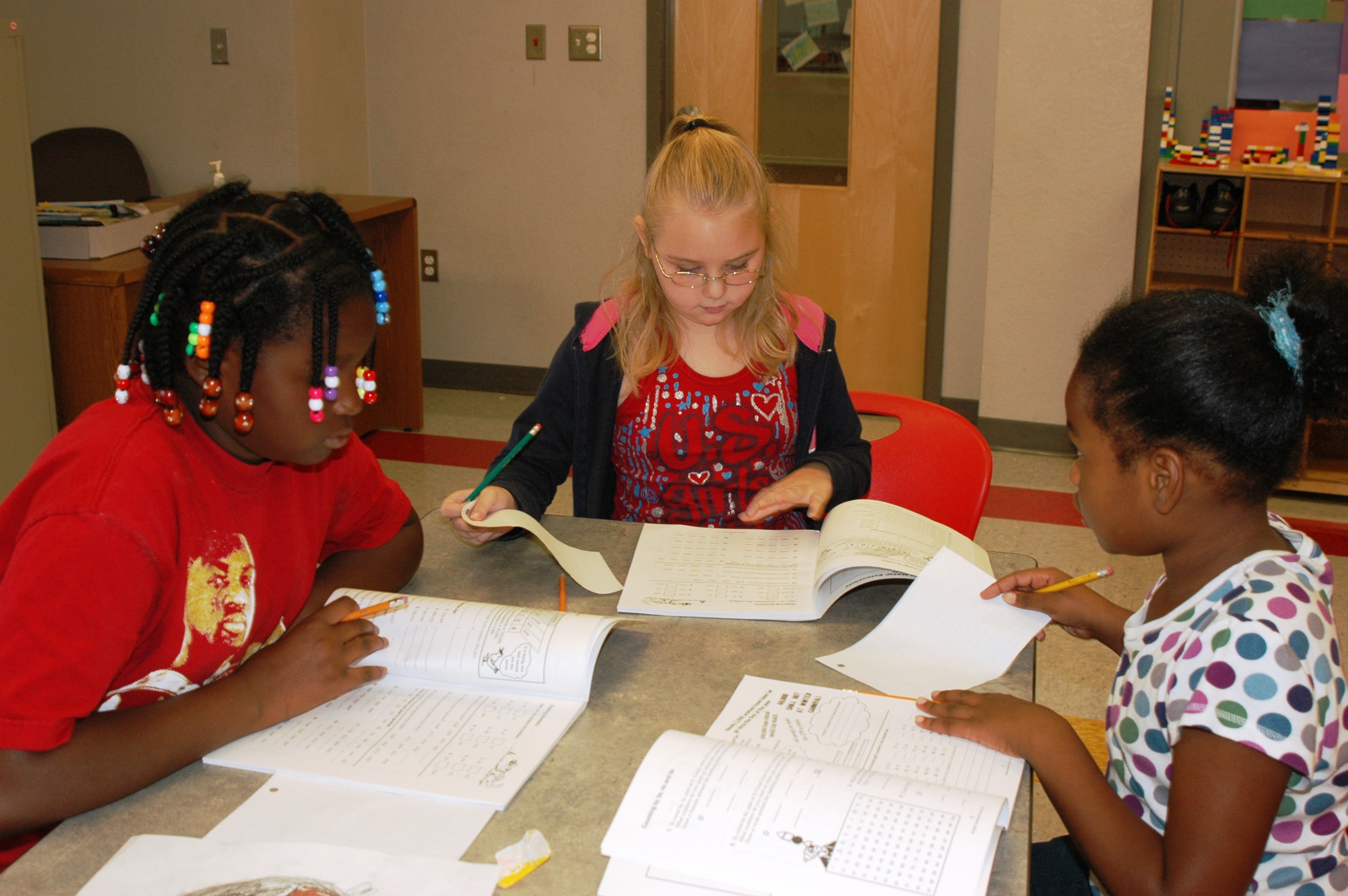 Students continue learning through the summer at 21st Century camps

Students are busy learning at The 21st Century Community Learning Centers (21st CCLC) summer programs at several school sites in St. Lucie County. These programs are supported by a federal grant with the school district, and are offered at no cost to students or families, and provide additional education opportunities in a safe and nurturing environment. Each summer, the 21st CCLC operates a unique range of services based on the needs of the community, with the same set of goals as its premise: Academic Enrichment in Reading and Language Arts, Academic Enrichment in Science and Mathematics, Personal Enrichment, and Educational Services to Adult Family Members. This year we have collaborated with the Girl Scouts of America, Treasure Coast Wildlife Hospital, St. Lucie County Camp Water Safety, L & G Camp of Champs, and Treasure Coast Hospice to provide a wide array of exciting educational opportunities for our students. Priority of services is offered to students of Title I eligible schools, with academic needs in reading and/or math as identified by FCAT scores. The program is limited as to the number of students that can be served and continued funding is contingent on student attendance each day of the program. Students in this photo are working on reading and math skills at a program at Samuel S. Gaines Academy in Fort Pierce. Other sites are Weatherbee Elementary School in Fort Pierce, and Oak Hammock K-8 School in Port St. Lucie.