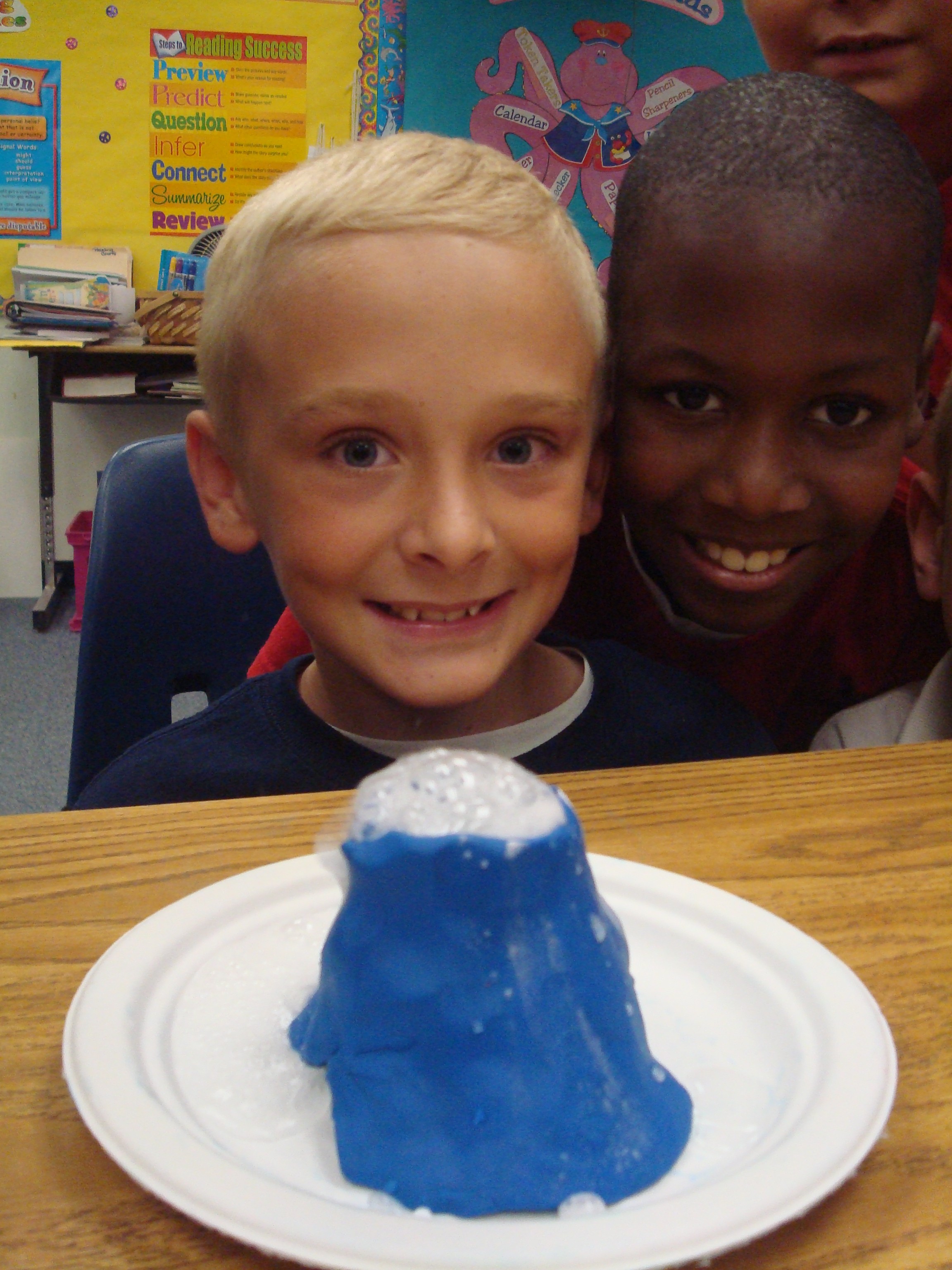 Third grade students at F.K. Sweet Elementary recently enjoyed making volcanoes, naming them, and then watching them erupt.  This was a culminating activity for their story of the week, “Dog-of-the-Sea-Waves.”  Bradyn Moxley, left, and Harry Guerrier watch as “Mount Smurf” erupts. 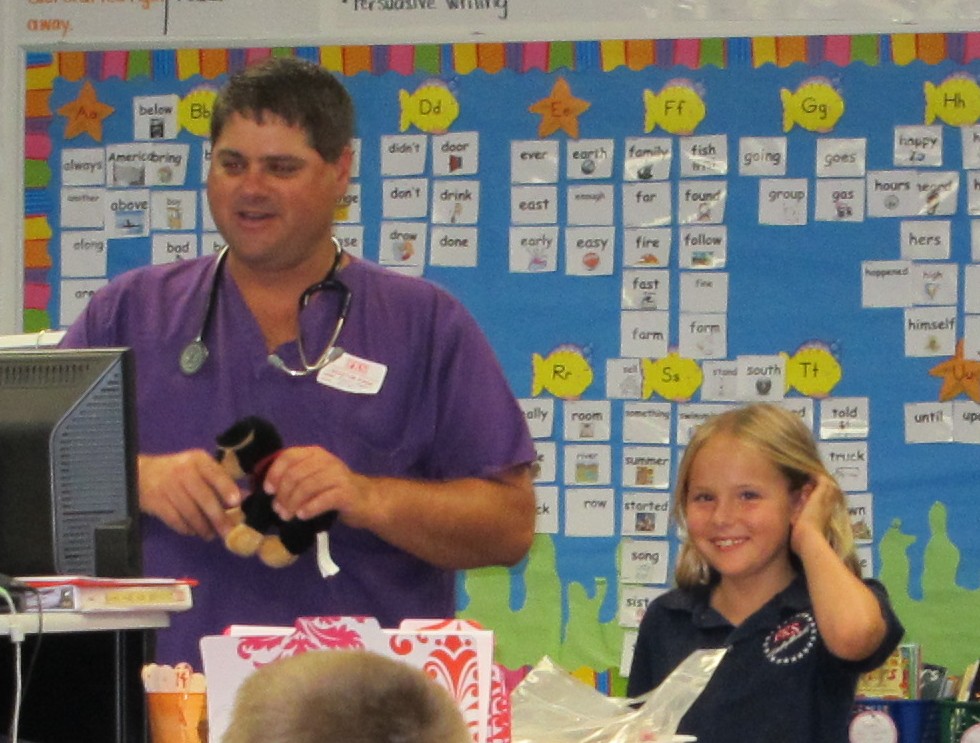